Physical factors are other quality attributes that are neither grade factors nor chemical composition. Physical factors include stress cracks, kernel weight, kernel volume, true density, percent whole kernels and percent horneous (hard) endosperm. Tests for these physical factors provide additional information about the processing characteristics of corn for various uses, as well as corn’s storability and potential for breakage in handling. The physical composition of the corn kernel influences the quality attributes; which is, in turn, affected by genetics and growing and handling conditions.
Corn kernels are made up of four parts: the germ or embryo, the tip cap, the pericarp or outer covering and the endosperm. The endosperm represents about 82% of the kernel and consists of soft (also referred to as floury or opaque) endosperm and of horneous (also called hard or vitreous) endosperm, as shown above. The endosperm contains primarily starch and protein, the germ contains oil and some protein, and the pericarp and tip cap are mostly fiber. 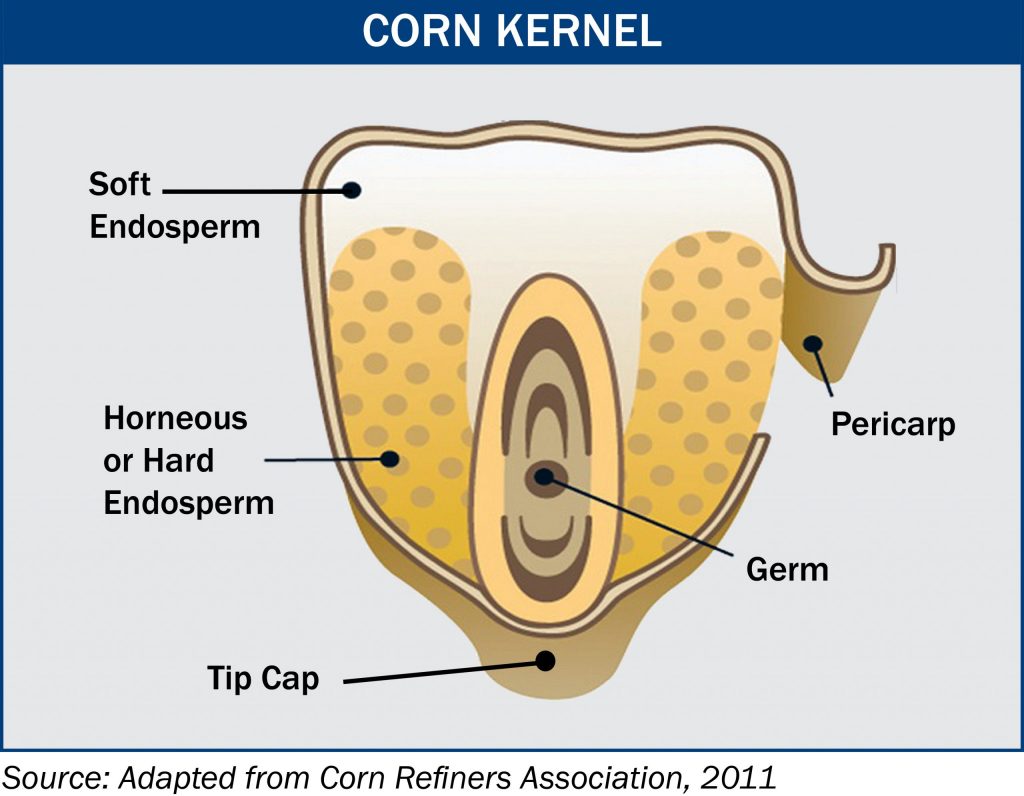