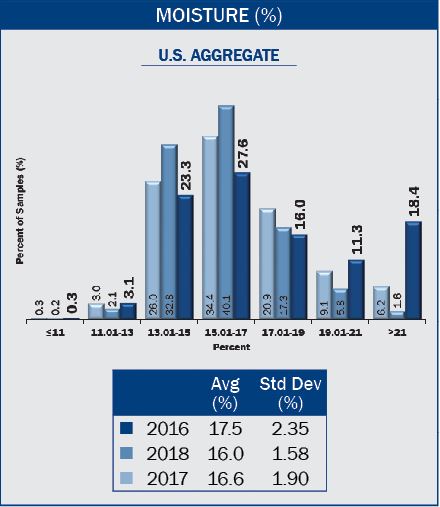 Moisture content is reported on official grade certificates, and maximum moisture content is usually specified in the contract. However, moisture is not a grade factor; therefore, it does not determine which numerical grade will be assigned to the sample. Moisture content is important because it affects the amount of dry matter being sold, is an indicator of the need for drying and has implications for storability. It also affects test weight. In general, if corn is dried gently, test weight may increase 0.25 to 0.33 lb/bu for a one percentage point reduction in moisture. Although other factors such as kernel size, shape, fine material, damage and rapidity of drying may act to reduce the potential increase in test weight1. The higher moisture content at harvest increases the chance of kernel damage during harvesting and drying. Moisture content and the amount of drying required will also affect stress cracks and breakage. Extremely wet grain may be a precursor to high mold damage later in storage or transport. While the weather during the growing season affects yield, grain composition and kernel development, grain harvest moisture is influenced largely by crop maturation, the timing of harvest and harvest weather conditions. General moisture storage guidelines suggest that 14.0% is the maximum moisture content for storage up to six to twelve months for quality, clean corn in aerated storage under typical U.S. Corn Belt conditions, and 13.0% or lower moisture content for storage of more than one year.2 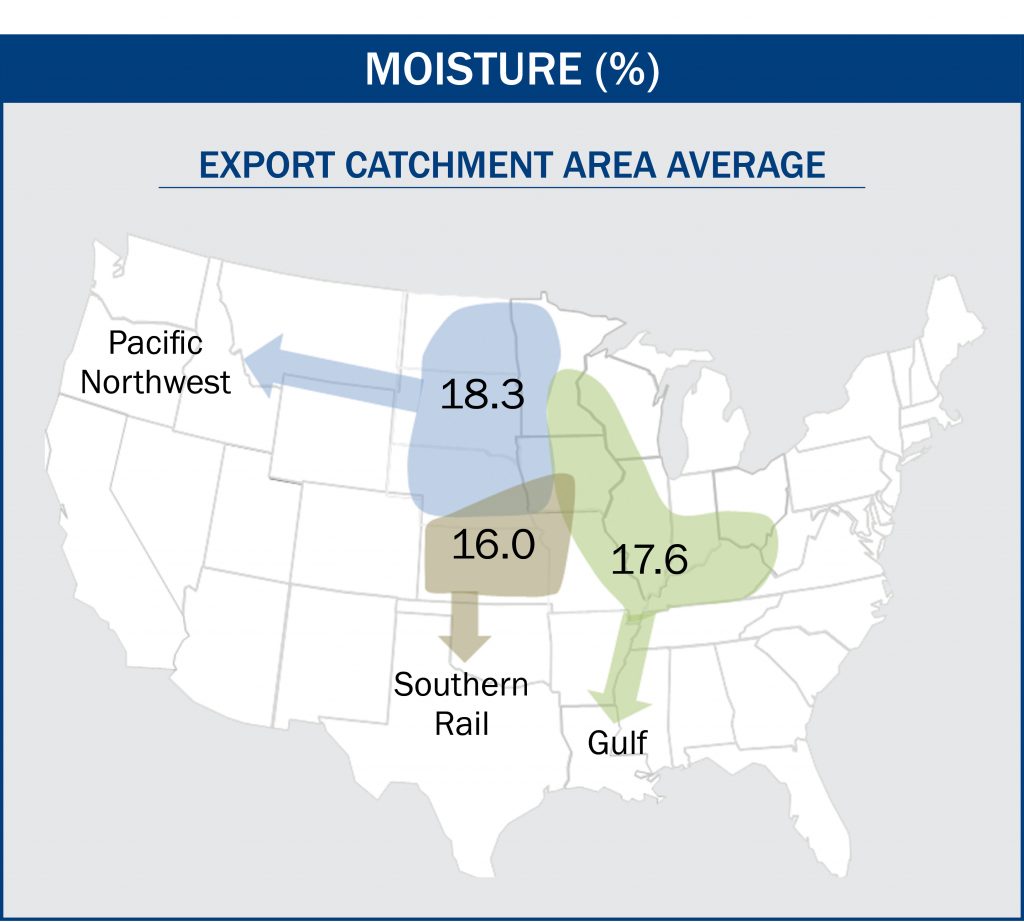