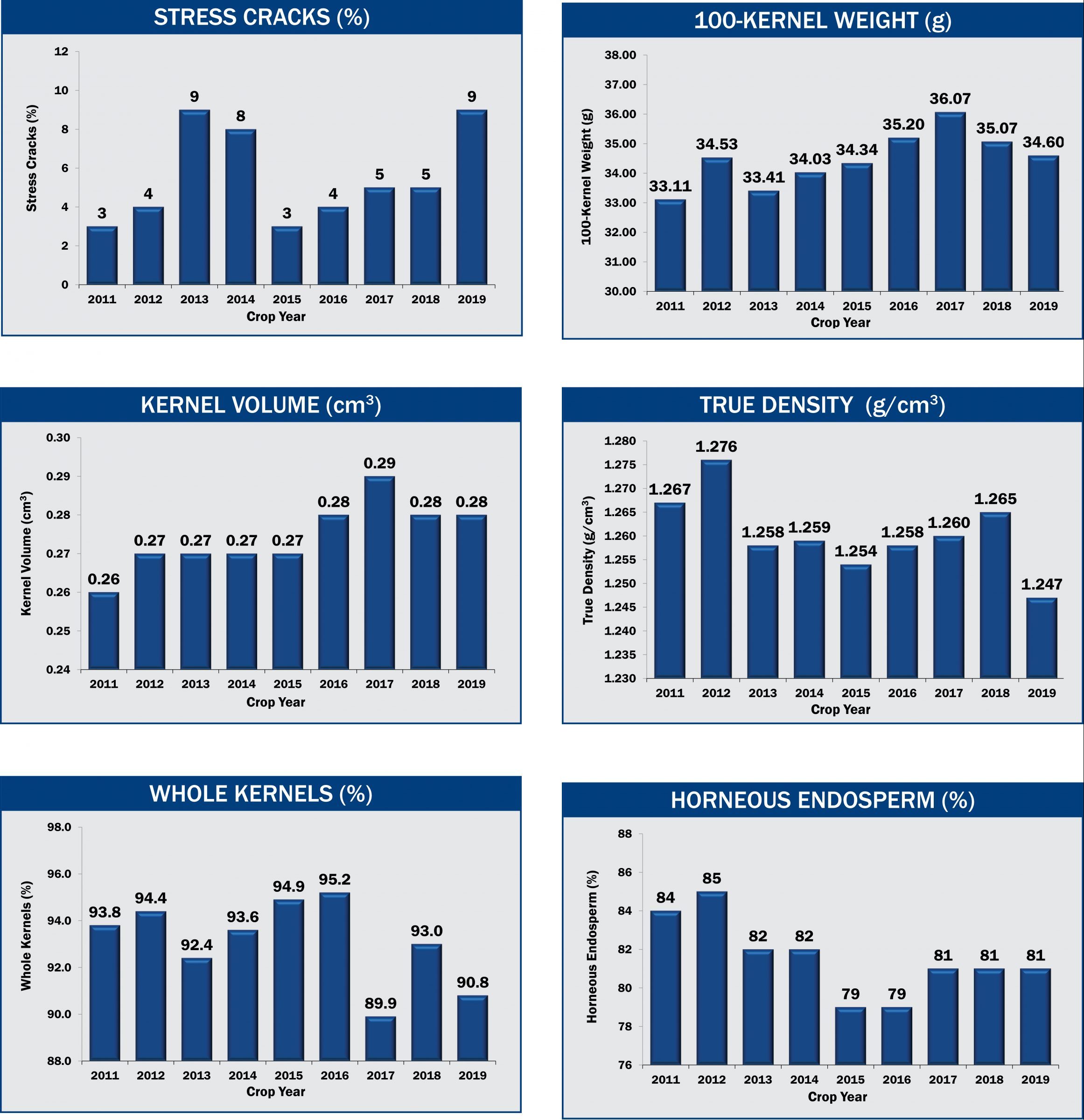 Stress Crack Analysis
Stress cracks are evaluated by using a backlit viewing board to accentuate the cracks. A sample of 100 intact kernels with no external damage is examined kernel by kernel. The light passes through the horneous or hard endosperm, so the stress crack damage in each kernel can be evaluated. Kernels are sorted into two categories: (1) no cracks; (2) one or more cracks. Stress cracks, expressed as a percent, are all kernels containing one or more cracks divided by 100 kernels. Lower levels of stress cracks are always better since higher levels of stress cracks lead to more breakage in handling. Some end-users will specify by contract the acceptable level of cracks based on the intended use.
In previous Harvest Reports, the stress crack index was reported in addition to the percent stress cracks to provide an indication of the severity of stress cracking. The stress crack index is determined using the following calculation:
[SSC x 1] + [DSC x 3] + [MSC x 5]
Where

In the whole kernels test, 50 grams of cleaned (BCFM-free) corn are inspected kernel by kernel. Cracked, broken or chipped grain, along with any kernels showing significant pericarp damage, are removed. The whole kernels are then weighed, and the result is reported as a percentage of the original 50-gram sample. Some companies perform the same test but report the “cracked & broken” percentage. A whole kernel score of 97.0% equates to a cracked & broken rating of 3.0%.