The 2019/2020 Harvest Report samples (each about 2,200 grams) were sent directly from the local grain elevators to the Illinois Crop Improvement Association’s Identity Preserved Grain Laboratory (IPG Lab) in Champaign, Illinois. Upon arrival, samples above 16.0% moisture were ambient air-dried, if needed, to a suitable moisture content to prevent any subsequent deterioration during the testing period. Selected samples were dried using an ambient-air drying technique to prevent stress cracking and heat damage. Next, the samples were split into two subsamples of about 1,100 grams each using a Boerner divider, while keeping the attributes of the grain sample distributed evenly between the two subsamples. One subsample was delivered to the Champaign-Danville Grain Inspection (CDGI), in Urbana, Illinois, for grading. CDGI is the official grain inspection service provider for east-central Illinois as designated by the USDA FGIS. The grade testing procedures were in accordance with FGIS’s Grain Inspection Handbook and are described in the following section. The other subsample was analyzed at IPG Lab for the chemical composition and other physical factors, following either industry norms or well-established procedures in practice for many years. IPG Lab has received accreditation under the ISO/IEC 17025:2005 International Standard for many of the tests. The full scope of accreditation is available at http://www.ilcrop.com/labservices. 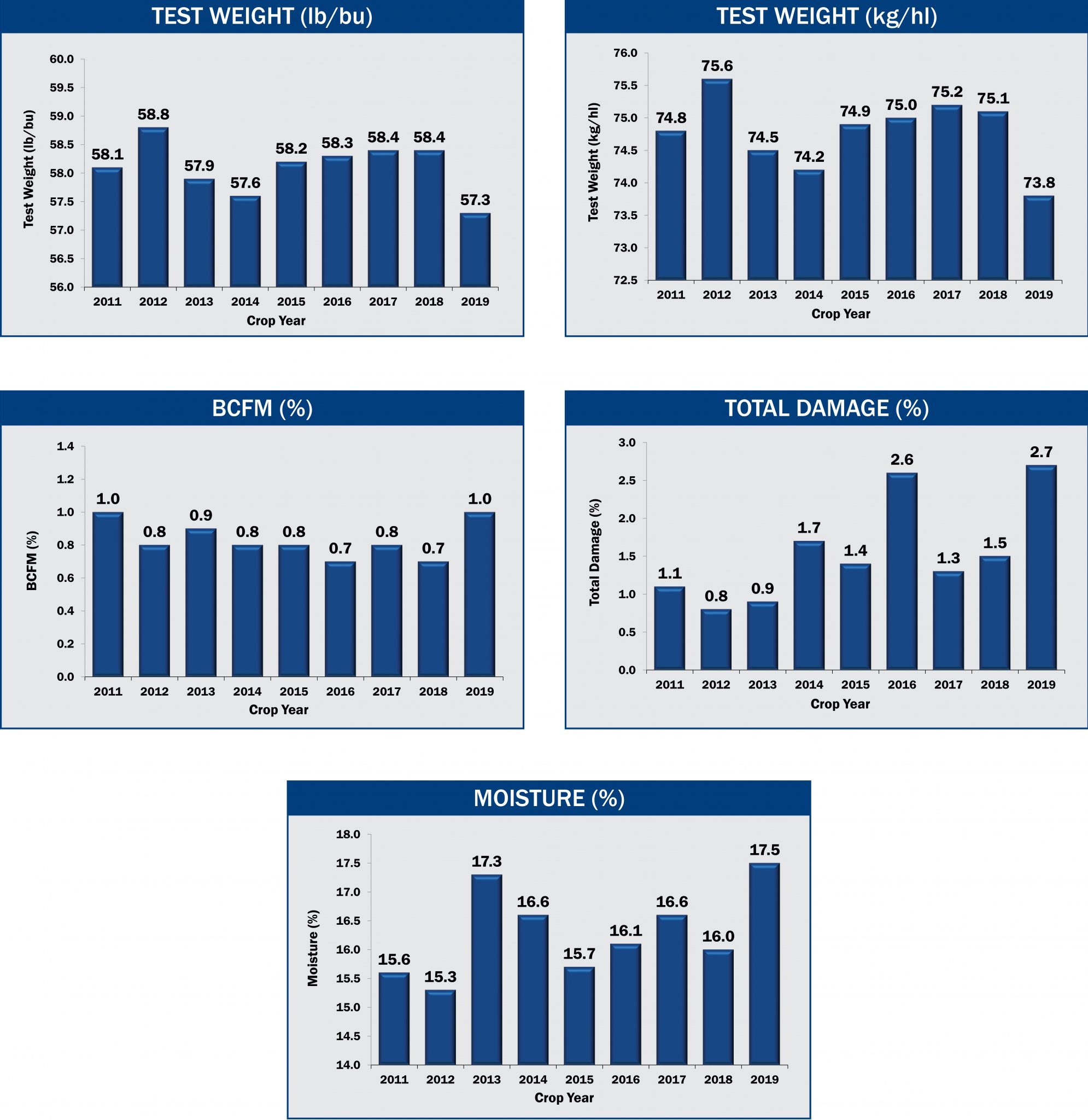 Test weight is a measure of the volume of grain that is required to fill a Winchester bushel (2,150.42 cubic inches). Test weight is a part of the FGIS Official U.S. Standards for Corn grading criteria.

The test involves filling a test cup of known volume through a funnel held at a specific height above the test cup to the point where grain begins to pour over the sides of the test cup. A strike-off stick is used to level the grain in the test cup, and the grain remaining in the cup is weighed. The weight is then converted to and reported in the traditional U.S. unit, pounds per bushel (lb/bu).

BCFM is part of the FGIS Official U.S. Standards for Grain and grading criteria. 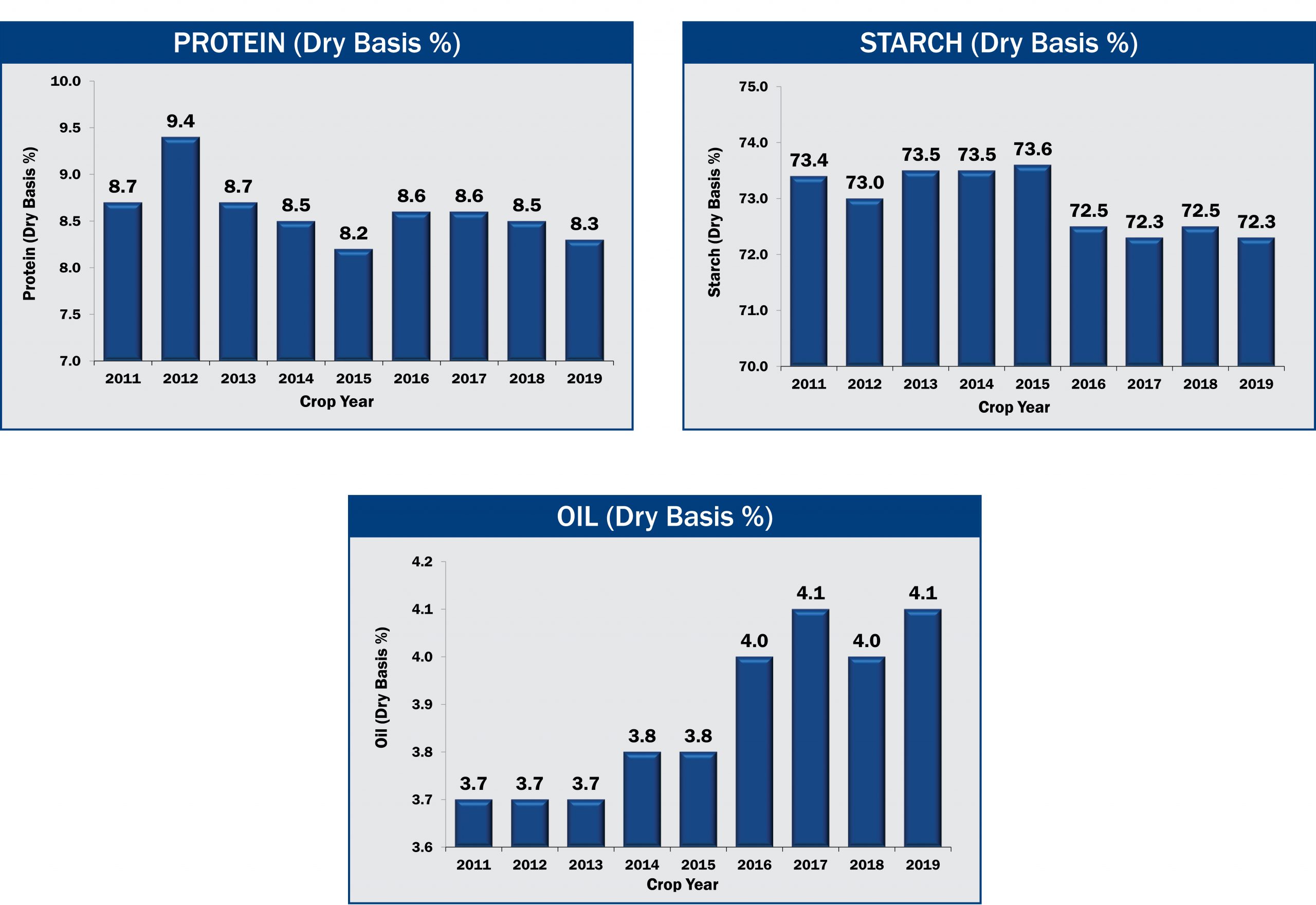