According to the December 2019 USDA World Agricultural Supply and Demand Estimates (WASDE) report, U.S. corn production in 2019 is projected to be 347.01 million metric tons (13,661 million bushels). If realized, this year’s crop would be the smallest since the 2015 crop produced 345.51 million metric tons (13,602 million bushels). While the projected size of the 2019 crop is smaller compared to recent years, it is important to note that the previous three U.S. corn crops were the three largest and highest yielding in U.S. history. From a historical perspective, the 2019 crop is still projected to be the sixth-largest U.S. crop on record despite the challenges associated with its historically late planting. 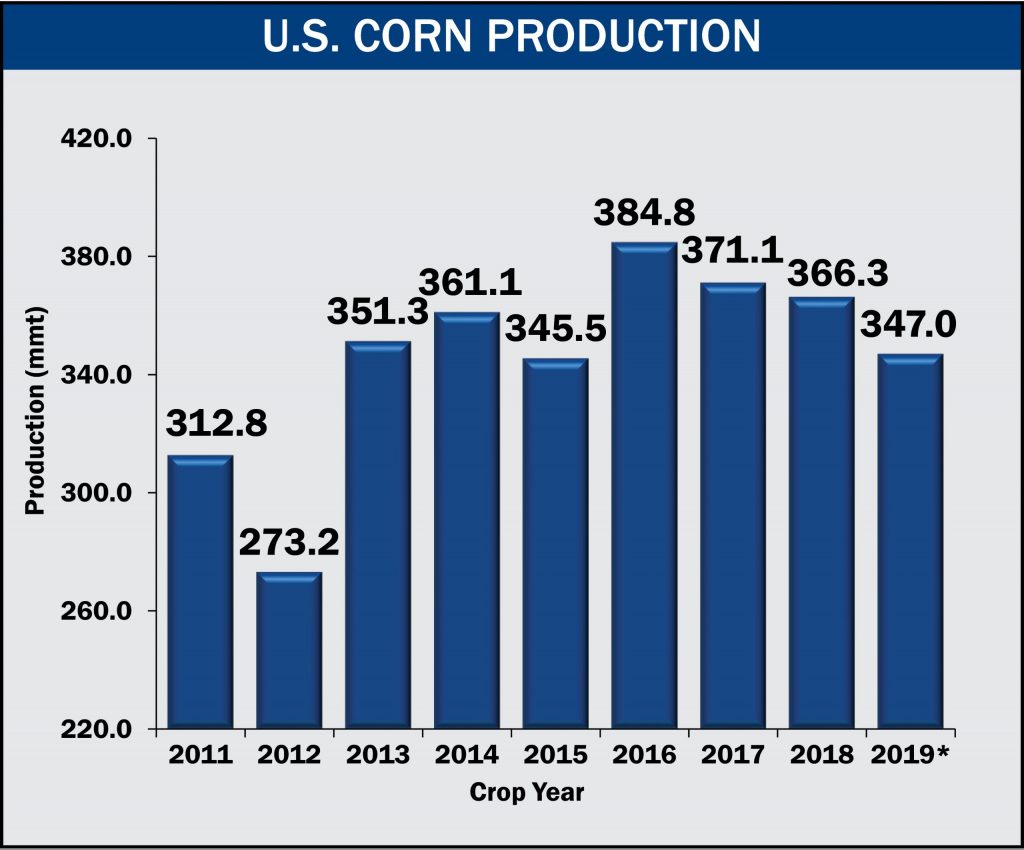 Average U.S. corn yield and harvested hectares are both projected to be lower than the average of the previous five crops. Average projected corn yield in 2019 is projected to be 10.48 metric tons per hectare (167.0 bushels per acre) compared to the 5YA of 10.89 metric tons per hectare (173.4 bushels per acre). In terms of harvested hectares, the projected 33.12 million (81.8 million acres) harvested is also slightly less than the 5YA of 33.61 million hectares (83.0 million acres). 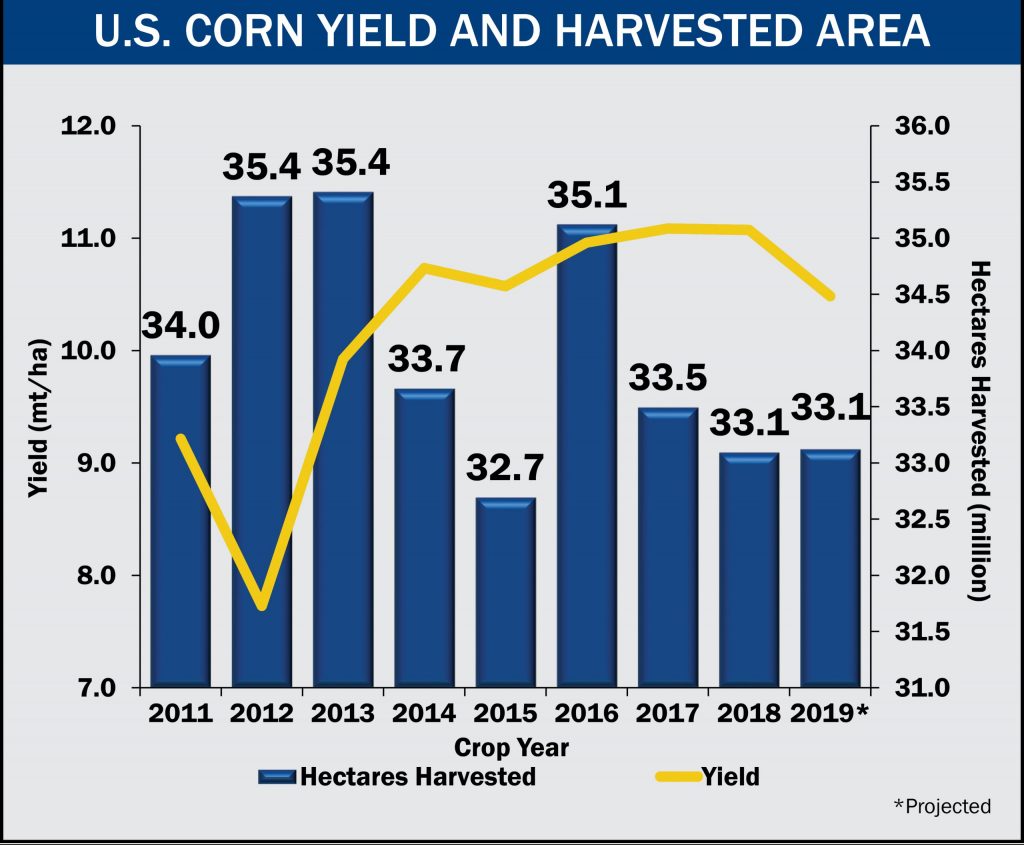