Corn pollination typically occurs in July, and at pollination time, greater-than-average temperatures or lack of rain typically reduce the number of kernels. The weather conditions during the early grain-filling period in July and August are critical to determining final grain composition. At pollination, moderate rainfall and cooler-than-average temperatures, especially overnight temperatures, lead to higher starch and oil levels and increased yields. Less rainfall and high temperatures, especially in the second half of grain-fill (August to September), lead to more protein. Nitrogen also remobilizes from the leaves to the grain during late grain-filling, leading to increases in grain protein and hard endosperm.

In 2019, the plants shortened their vegetative period, hastening pollination to occur closer to the 5YA. The weather during pollination and grain-fill cycled between heat stress and cool, with regions experiencing a range of precipitation, from drought in the southeastern Corn Belt to flooding in the northern Gulf and Pacific Northwest ECAs. The cool temperatures in August again slowed grain development maturation, but September changed to record heat for late grain-fill, promoting greater horneous endosperm levels.

In the Pacific Northwest ECA, July and August provided wet to cool temperatures during pollination and early grain-fill, favoring grain oil accumulation. However, the abundant rainfall led to lower protein concentrations than the 5YA.

In contrast, the Gulf ECA was relatively hot and dry during pollination in July, with early grain-filling in August turning cooler with more rain in the southern regions. In September, the heat stress was accompanied by a drought in the southern portion of the ECA, while the northern areas received excessive rain. Overall, the Southern Rail ECA was dry and cool for pollination. The ECA received abundant rains in August before the record heat in September. Growing conditions in the Southern Rail ECA were conducive to test weight and oil concentration. 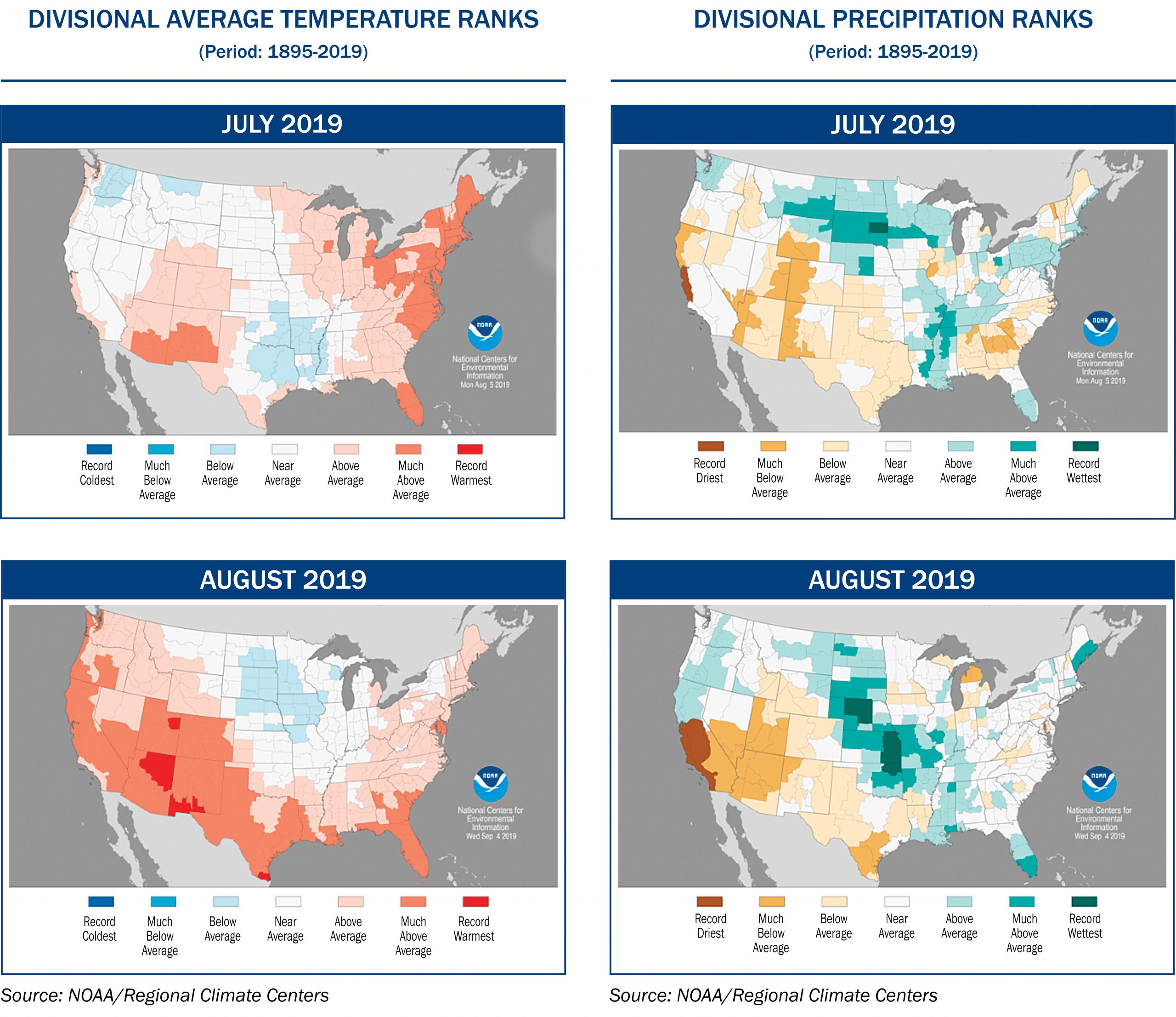