Weather factors impacting corn yield and quality include the amount of precipitation and the temperature just prior to and during the corn-growing season. These weather factors interact with the corn variety planted and soil fertility. Grain yield is a function of the number of plants per acre, the number of kernels per plant, and the weight of each kernel. Cold or wet weather at planting could reduce plant numbers or hinder plant growth, which may result in lower yields per area. Some dryness at planting and early growth time are beneficial, as it promotes a deeper root system to access water better later in the season and keeps nitrogen fertilizer available for later plant growth.

Overall in 2019, planting happened in multiple phases in the U.S. Corn Belt, with many areas replanted or left unplanted due to wet conditions. There was no early planting. Plants were mostly
wet and cold during vegetative growth, resulting in smaller and shorter-than-average plant size.

In the Pacific Northwest ECA, young plants experienced excessive rainfall, flooding and cold temperatures, leading to plant stress. June continued cool but drier. The Gulf ECA was very wet in April, continuing into May, with delays in planting from a few days in the far south to over a month in the central region (Illinois). June continued wet and cold, preventing optimal growth.

The Southern Rail ECA was also cold and wet during planting, with about a week delay on average. It was a bit drier with average temperatures during early vegetative growth, minimizing plant stress. 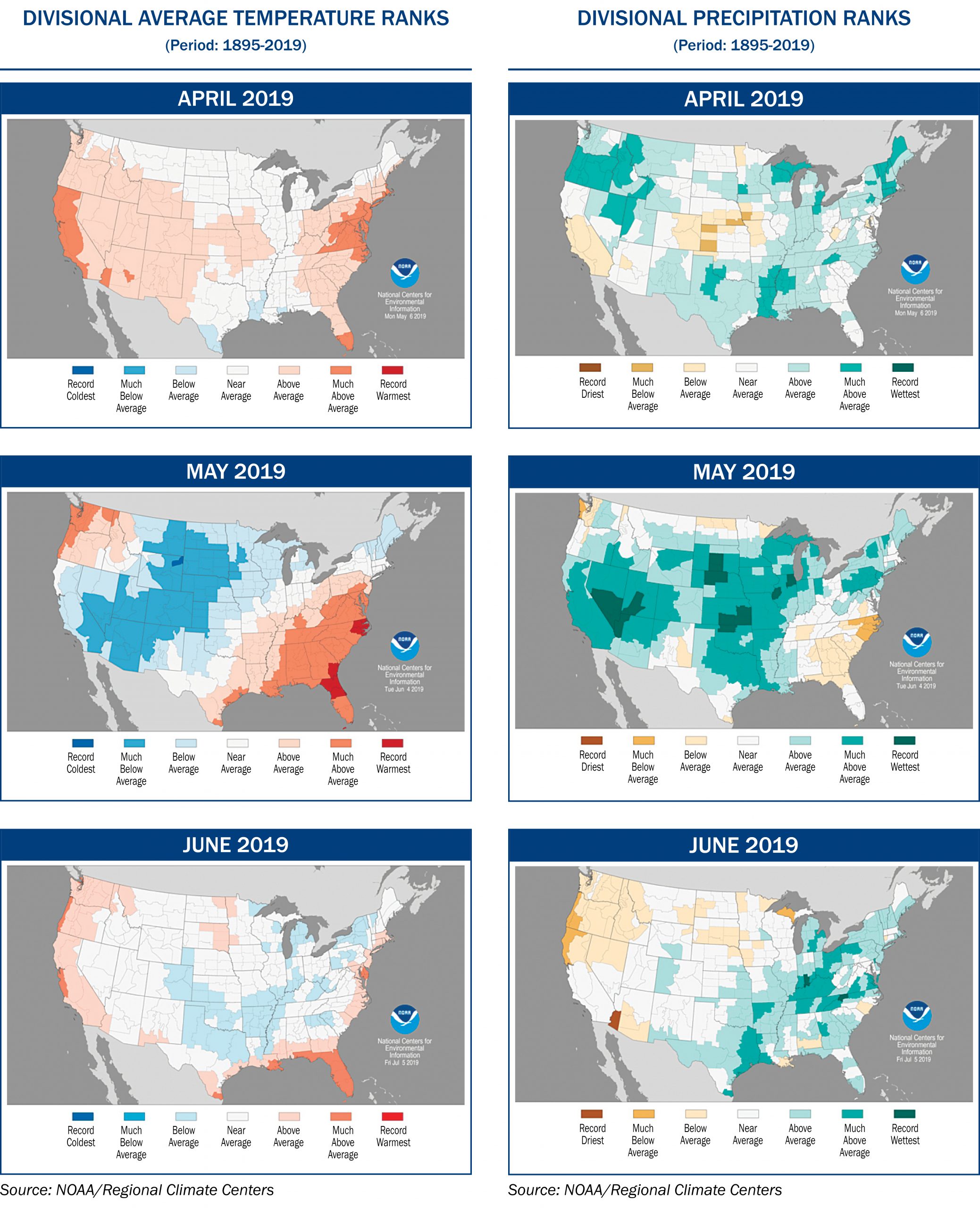