Stress cracks are internal fissures in the horneous (hard) endosperm of a corn kernel. The pericarp (or outer covering) of a stress-cracked kernel is typically not damaged, so the kernel may appear unaffected at first glance, even if stress cracks are present.

The most common cause of stress cracks is high-temperature drying that rapidly removes moisture. Growing conditions will affect crop maturity, timeliness of harvest and the need for artificial drying, which, in turn, will influence the degree of stress cracking found from region to region. Then, as corn moves through the market channel, some stress-cracked kernels break, which increases the proportion of broken corn. Concurrently, impacts of kernels on other kernels or on metal surfaces during handling may cause new cracks in kernels. As a result, the percentage of kernels with stress cracks may not remain constant throughout the market channel. 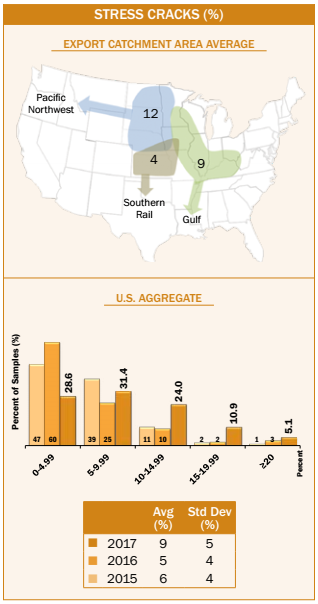 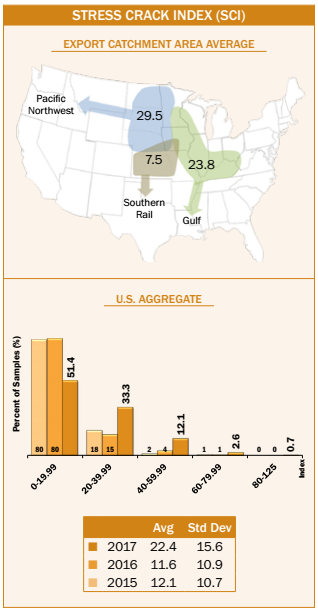