The U.S. Grains Council’s presence in Tanzania demonstrates the significant long-term growth potential of the feed and livestock industry in the country.

Since 2014, the Council has been engaged in Tanzania, utilizing U.S. Department of Agriculture Food for Progress (FFPr) program funds. Through its FFPr program, the Council has worked to support the development and modernization of domestic feed and poultry production in Tanzania.

Beyond its FFPr program, the Council works with local feed and livestock industry stakeholders to address and alleviate key production and market access issues that are hindering production in Tanzania.

By 2050, Africa’s population is predicted to double, increasing from 1.2 billion today more than 2.5 billion. Population growth across the continent will be complemented by sustained economic development. Changing demographics, including a growing middle-class, will increase demand for high-protein foods, including meat and poultry and milk. Increased demand for meat and poultry will simultaneously be met by increased demand for feed grains. A key component of the Council’s work in Tanzania, and in East Africa more broadly, is working with local and regional livestock and feed associations to develop future markets for U.S. coarse grains and co-products. 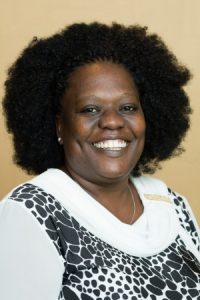