Weather factors impacting corn yield and quality include the amount of precipitation and the temperature just prior to and during the corn-growing season. These weather factors interact with the corn variety planted and the soil fertility. Grain yield is a function of the number of plants per acre, the number of kernels per plant and the weight of each kernel. Cold or wet weather at planting could reduce plant numbers or hinder plant growth, which may result in lower yields per area. Some dryness at planting and early growth time is beneficial, as it promotes a deeper root system to better access water better later in the season and keeps nitrogen fertilizer available for later plant growth. 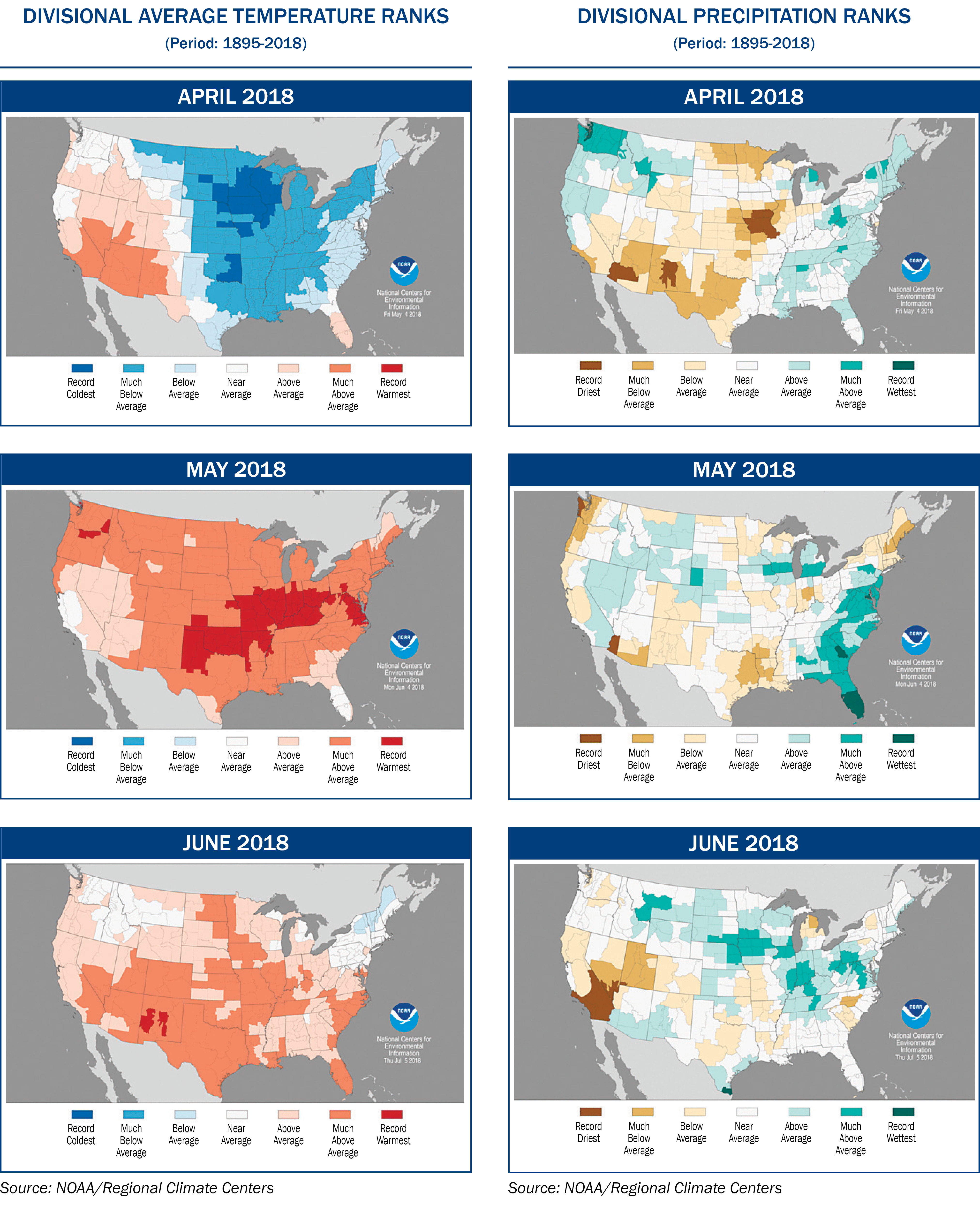 Overall in 2018, April was very cold across the entire U.S. Corn Belt, delaying planting. Yet dry conditions and a hot May combined for quick planting and emergence. The heat continued during vegetative growth, advancing the crop to pollination two weeks earlier than the 5YA. Abundant rainfall in June tempered the heat, but also may have led to nitrogen fertilizer loss, decreasing final grain protein concentration, especially in the Pacific Northwest ECA.
In the Pacific Northwest ECA in May, the northern areas were drought-stressed, while southern areas of this ECA, such as Nebraska, were much wetter than normal, leading to plant stress. June continued warm and wet, quickly advancing plant development, but also promoting leaf diseases.

The majority of the Gulf ECA in May was dry, except for a band across the north-central portion that had flooding after planting, removing some of the fertilizer needed for optimal growth. June continued warm and wet, quickly advancing plant development, but also promoting leaf diseases.