Weather plays a large role in the corn planting process, growing conditions and grain development in the field, which, in turn, impacts final grain yield and quality. Overall, 2018 was characterized by a hot, wet vegetative period (the period of growth between germination and pollination), followed by a warm pollination time then a grain-filling period with diverse weather, finishing with an intermittent harvest. This crop was planted late, but quickly grew, starting with a relatively high crop condition rating1 but finalized near the 5YA. In addition to the USDA predicting a record corn yield for 2018, the crop had higher average test weight, oil content, 100-k weight and true density, and fewer stress cracks and broken corn relative to the 5YA. The following points highlight the key events of the 2018 growing season:

The following sections describe how the 2018 growing season weather impacted corn yield and grain quality in the U.S. Corn Belt. 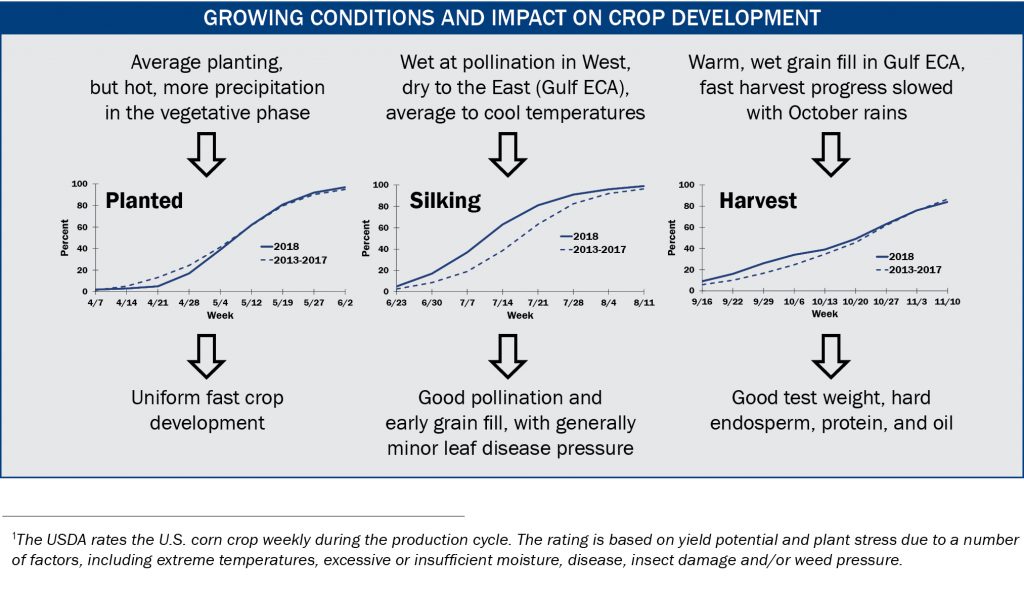 1The USDA rates the U.S. corn crop weekly during the production cycle. The rating is based on yield potential and plant stress due to a number of factors, including extreme temperatures, excessive or insufficient moisture, disease, insect damage and/or weed pressure.