The sample test results for the grade factors, moisture, chemical composition and physical factors were summarized as the U.S. Aggregate and also by three composite groups that supply corn to each of three major ECAs, as follows: 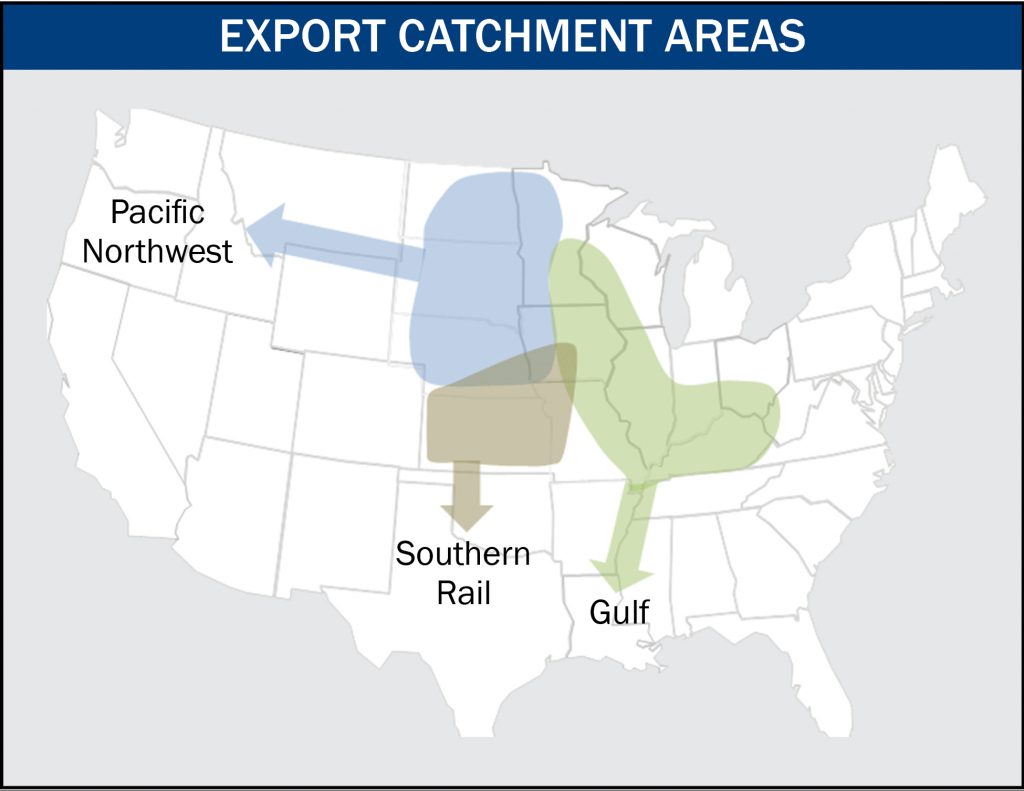