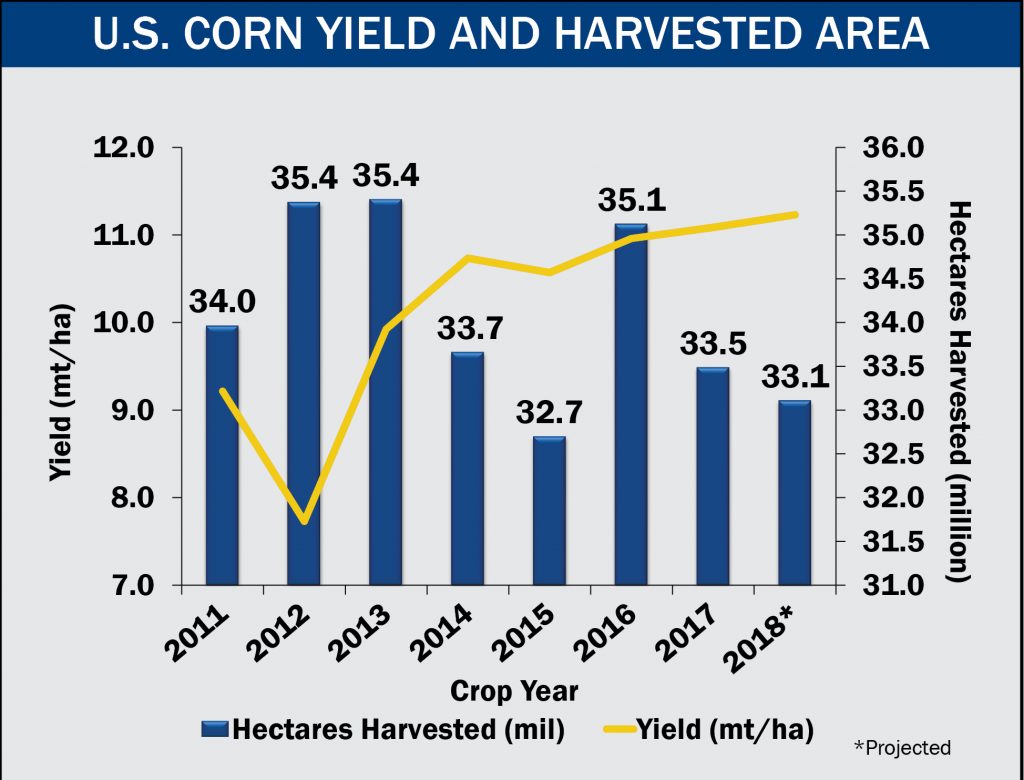 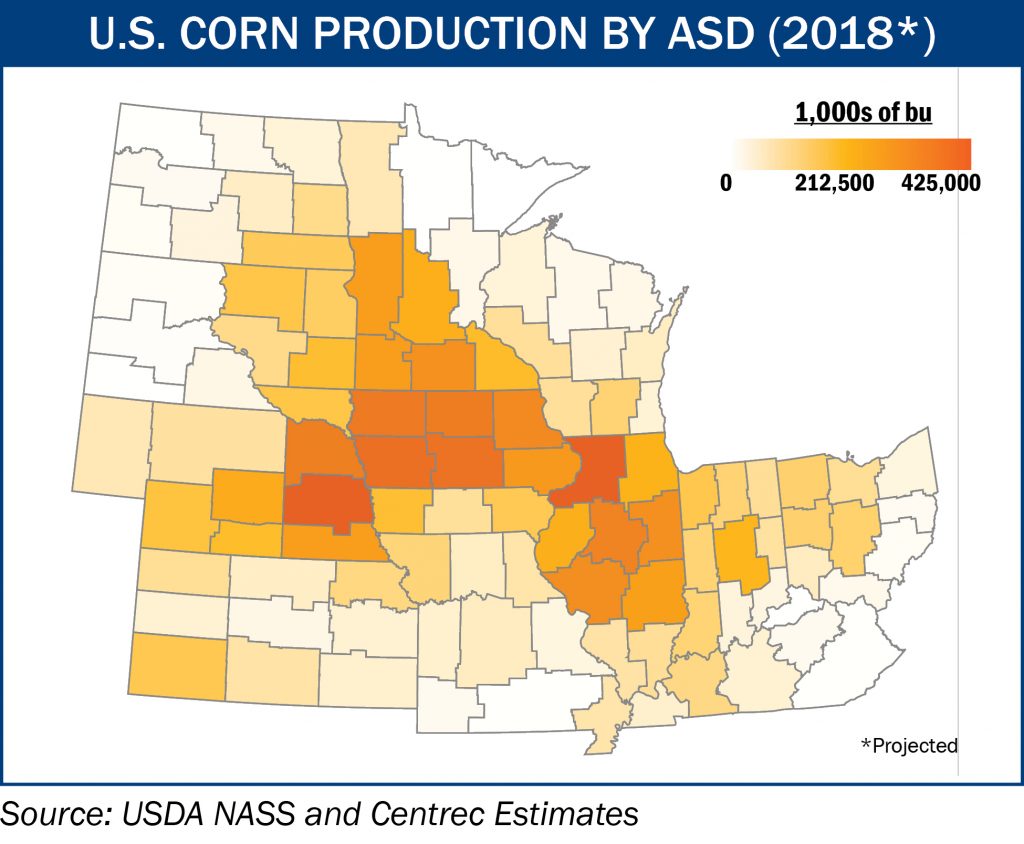 The geographic areas included in the 2018/2019 Corn Harvest Quality Report encompass the highest corn-producing areas in the United States. This can be seen on the map showing projected 2018 corn production by USDA Agricultural Statistical District (ASD). These states represent approximately 95.0% of U.S. corn exports.2

Mostly slight differences in state-level yields and harvested acres were observed between the corn crop produced in 2017 and the 2018 crop. While production decreased or remained the same from 2017 in five of the 12-key corn-producing states, only Missouri experienced decreases in production greater than 10.0% compared to their 2017 crops.

The U.S. Corn Production table summarizes the changes in production between each state’s 2017 and projected 2018 corn crops, including an indication of the relative changes in harvested acres and yield. A green bar indicates a relative increase and a red bar indicates a relative decrease from 2017 to projected 2018. This illustrates that 2018 harvested acres remained similar to 2017 for 11 of the 12 surveyed states. With a projected decrease of 9.6%, only North Dakota saw a change in harvested acres of greater than 5.0% compared to its 2017 crop. State-level average yields were generally higher in 2018 relative to 2017. Out of the eight states expecting higher average yields, South Dakota is expected to have the largest increase in yield relative to its 2017 crop (14.5%). Only four states are projected to see a decline in average yields relative to 2017. Missouri is expected to see its state-level average yield fall by 14.7%, making it the only state projected to see a decline in yield over 5.0%. 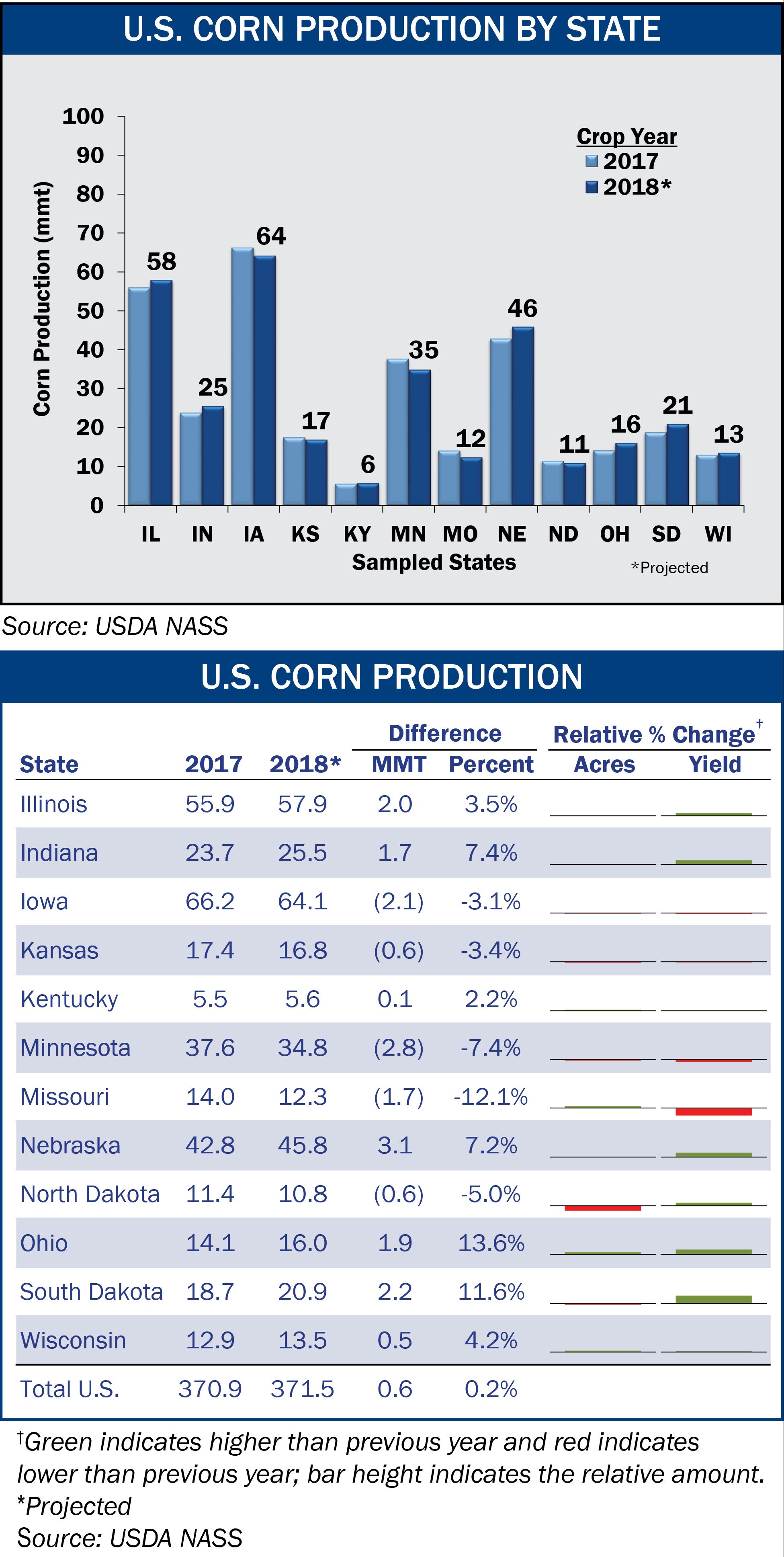