The 2016 crop was planted and emerged earlier than average, and the crop in 2017 required a large proportion of replanting. Cold weather in 2018 delayed planting from the 5YA pace. But warm weather led to near-to-earlier than the 5YA emergence for all three years. Vegetative growth for all three years was faster than the 5YA, especially for 2018 and 2016. Rains mostly tapered off in the Pacific Northwest and Southern Rail ECAs in July 2017, and the Gulf ECA in 2018, which helped to maximize pollination, while the Gulf ECA in July 2017 was similar to 2016, with plentiful rains during early grain-fill.

The grain-fill period in 2018 was faster than the 5YA in the Gulf ECA that had continued warm weather, while the Pacific Northwest and the Southern Rail ECAs had cooler weather. August 2017 provided cool weather throughout the Corn Belt, in contrast to a very warm August 2016, which inhibited maximum starch accumulation. In 2017, the moderate temperatures and delayed maturity prolonged grain-fill through September, about 10.0% behind the 5YA.

The quick start of the 2018 harvest can be attributed to the warm weather earlier in the season, advancing the crop maturation approximately two weeks ahead of the 5YA. In contrast, the 2017 harvest was greatly delayed compared to the 5YA by late maturation of the plants and wet fields. The 2016 harvest was also earlier than the 5YA but progressed at a more regular pace than 2018. 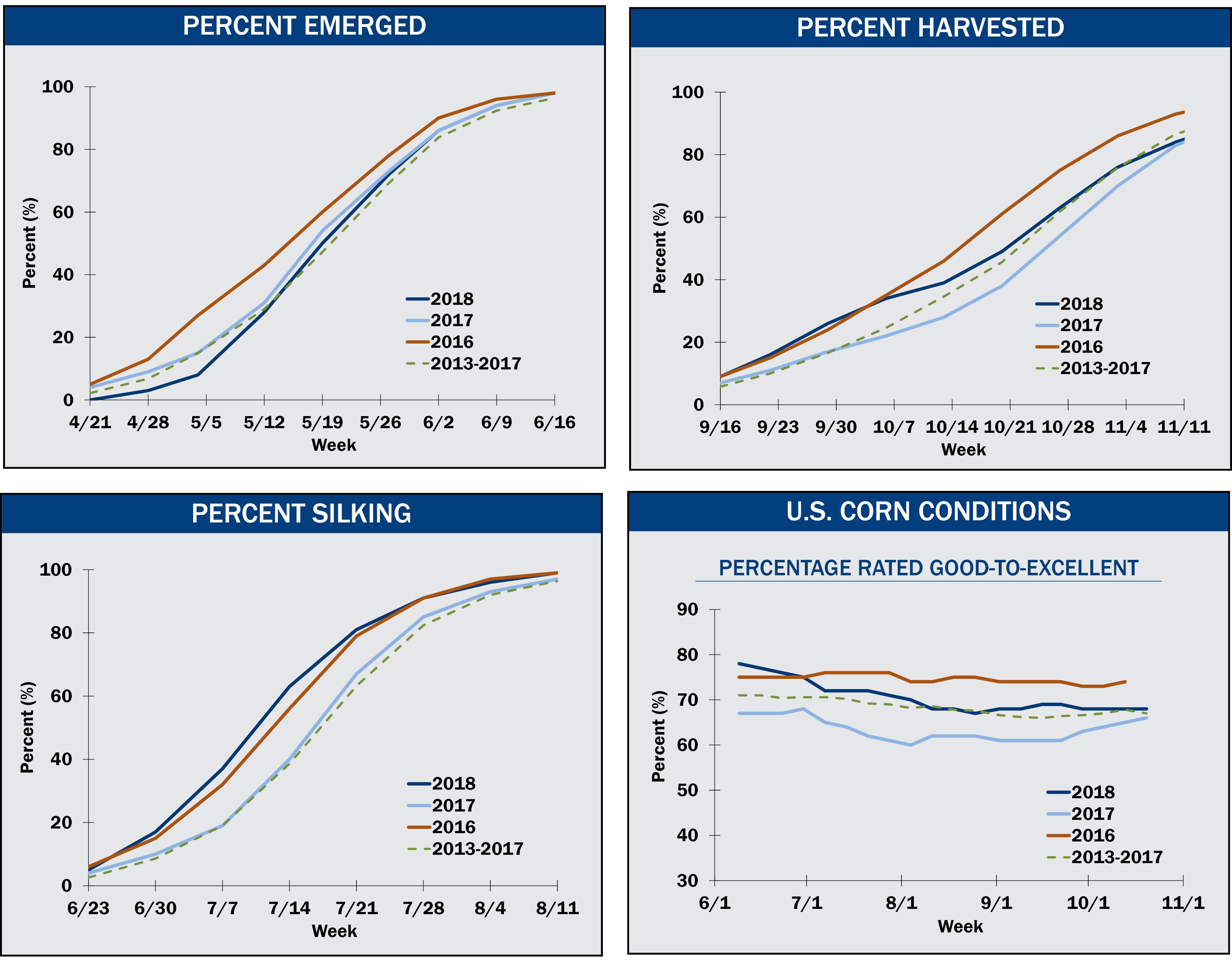