At the end of the growing season, the rate of dry-down of the grain depends on sunshine, temperature, humidity levels and soil moisture. Corn can most effectively dry down with the least adverse impact on quality amid sunny, warm and dry days. One weather concern at the end of the growing season is freezing temperatures. Early freezing before the grain can sufficiently dry down may lead to lower yield, test weight and/or stress cracking. Also, grain harvested at high moisture content may eventually lead to greater breakage since it may require artificial drying. 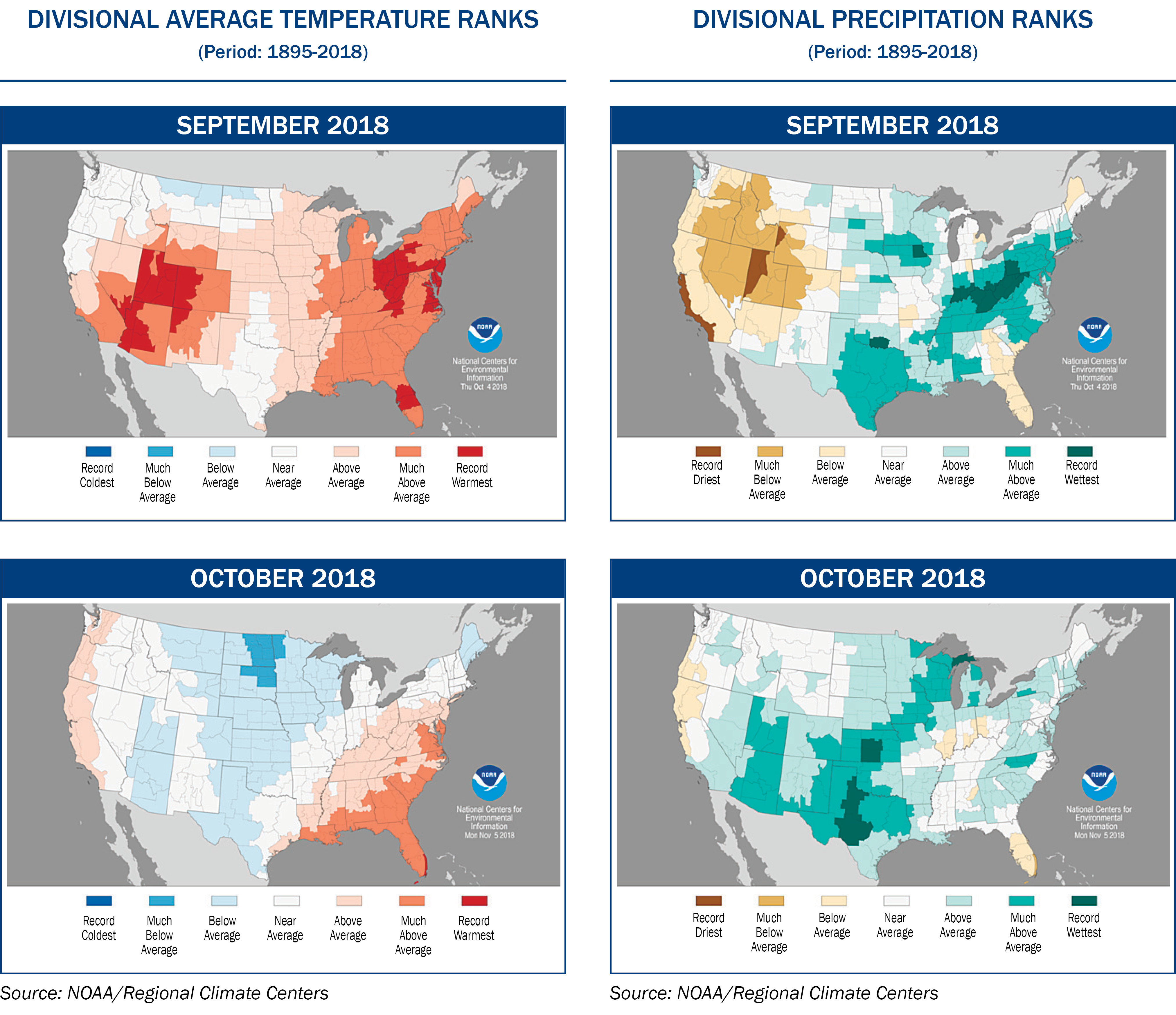 Typically, 20% of the U.S. corn crop is harvested by the start of October. However, in 2018 the warm weather in September matured the crop quickly, about two weeks ahead of average. Therefore, a greater-than-average percentage of the crop was harvested in September, especially in the Gulf ECA. However, rains were persistent in late September and October throughout the Corn Belt, and harvest progress slowed, especially in the Pacific Northwest ECA.

Fusarium-based ear mold (Gibberella ear rot) is promoted by cool and/or wet conditions soon after pollination. The end of June 2018 saw rains tapering off in the Gulf ECA, and July temperatures were fairly average during this critical period. The mycotoxin deoxynivalenol (DON) or vomitoxin that is produced by Fusarium is often associated with harvest delay or storage of high-moisture corn. The 2018 crop matured quickly, so there were few instances of high-moisture corn.

Additionally, aflatoxin production is favored by hot temperatures, low precipitation and drought conditions. While it was warm in a large central portion of the corn-growing region during vegetative growth, the plants had ample water supply. As a result, the prevalence of aflatoxin was low in this year’s samples.