China is the world’s largest beer producer, and the U.S. Grains Council (USGC), the Agricultural Trade Office (ATO) in Beijing and the U.S. Department of Agriculture’s (USDA’s) Foreign Agricultural Service (FAS) want to ensure U.S. agriculture is the chief supplier of one of the essential ingredients of the country’s growing craft beer industry.

ATO Beijing recently released a report, FAS and USGC Encourage Chinese Brewers to Increase US Imports, highlighting the advantages of U.S. barley malts and the work of the Council and FAS in the promotion of its use in China’s craft beer industry.

The report outlines the efforts of the Council and FAS to showcase the quality of U.S. barley malts in craft beer since 2019, while also touching on the challenges the U.S. product faces in the China market. 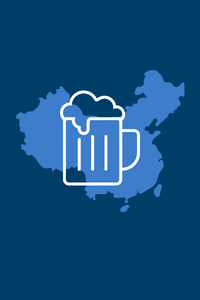 In 2019, the Council invited a group of Chinese craft brewers to visit barley farms and malting and research operations in North Dakota, Idaho and Colorado. It became clear following the trip that those brewers who have seen the operations first-hand not only have a better understanding of U.S. barley malts but are also more willing to purchase the product for their craft breweries.

“Eight brewers from China’s leading breweries traveled to the United States to visit malting facilities and barley growers and also attended a seminar on production, marketing and quality of U.S. barley and barley malt in 2019,” said Wennie Liu, USGC program manager in China. “We strived to give the Chinese beer industry more choices on the brewing ingredients and improve their understanding of the quality characteristics in the U.S. barley malt, ultimately increasing sales of U.S. malt to China.”

The Council and FAS have also hosted in-country learning and promotion opportunities to increase awareness. At the U.S. Embassy’s Constitution Day Celebration in 2020, the Council worked with SUPERMALT, a Beijing-based U.S. barley malts importer, and NB Craft Beer, a Beijing brewery, to create a special craft beer for the event using U.S. products. At ATO Beijing’s U.S. Food and Beverage Expo in 2021, nine Chinese breweries that use U.S. ingredients were invited to showcase their craft beer. Later that year, the Council hosted a craft beer barley malts promotion program, where 14 breweries had the opportunity to brew different styles of beer using U.S. ingredients.

While U.S. barley malts and hops are priced above competing products from Australia and Europe meant for lagers, U.S. ingredients have the diverse taste profiles, quality and stable production that best suits craft brewers. Through first-hand sample usage, craft beer brewers across China are developing a better understanding of the quality of U.S. barley malts and the difference it makes in brewing.

The Council and FAS will continue to work together in China to expand the awareness of U.S. barley malts and the quality that comes with purchasing U.S. products.

“U.S. malt has earned a good reputation because of its high-quality in the Chinese craft beer sector, but higher prices and supply variability continue to be a concern for the Chinese brewers. The Council’s Beijing Office will continue to organize and sponsor workshops, expos, and webinars that build demand for U.S. malt and barley in the years to come,” Liu said.