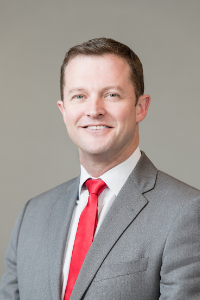 Ryan LeGrand serves as the president and CEO for the U.S. Grains Council (USGC), a non-profit organization that promotes the use of U.S. barley, corn, sorghum and related products worldwide.

LeGrand joined the Council in 2015 as the assistant director and then director of the Council’s Mexico office where he identified and addressed all relevant trade, technical and policy-related factors relevant to building and maintaining the market for U.S. grains and co-products in Mexico. Before joining the Council, LeGrand worked for Gavilon as the director of ingredients, located in Guadalajara, Mexico. In this capacity, he managed the company’s feed ingredients trading, import and distribution throughout Mexico. LeGrand also served as the director of exports for Hawkeye Gold, LLC where he exported DDGS to Latin America and Asia.

Ambassador Alan Wm. Wolff is currently a Distinguishing Visiting Fellow at the Peterson Institute for International Economics, where his research is focused on developing reforms of the WTO; responding to the role of the United States, the European Union and China in the international trading system; and serving the needs of all countries in using trade to achieve economic prosperity.

Ambassador Wolff served as the Deputy Director-General of the World Trade Organization (WTO) from October 2017 to March 2021 where  he oversaw the work of the WTO Divisions responsible for Trade and the Environment, Agriculture, Accessions Information Technology Support and Translation, Interpretation and Publications and was a founder of the Trade for Peace Initiative.

Christopher Kent is a futurist, writer, researcher, and consultant with more than 20 years of experience in global consumer and technology insights. He has advised clients on emerging generational trends and their impact; future consumer technology usage trends; new media challenges in the 21st century; and emerging
needs of tourists and travelers. Kent served as Foresight Alliance’s project director for Food 2040: The Future of Food and Agriculture in East Asia and was a principle researcher and writer on Foresight Alliance’s Rockefeller Foundation-commissioned The Futures of Work report. His client experience covers diverse companies in a wide range of fields and with a myriad of companies and associations, identifying forces of change shaping their represented industries and helping them build a culture of foresight in their organizations.

Dr. Rattan Lal, The Ohio State University
Rattan Lal, Ph.D., is a Distinguished University
Professor of Soil Science and Director of the
Carbon Management and Sequestration Center
at The Ohio State University. His research interests
include soil carbon sequestration for food and climate security, conservation agriculture, soil health, principles and practices of soil erosion control, soil structure and carbon dynamics, eco-intensification of agroecosystems, soil restoration, the fate of soil carbon transported by soil erosion, and sustainable management of world soils. He was included in the Thomson Reuters list of the World’s Most Influential Scientific Minds (2014-2016), and he is among Clarivate’s Highly Cited Researchers in Agriculture (2014-2020). He has received an Honoris Causa degree from nine universities in Europe, the U.S., South America and Asia; the Medal of Honor from UIMP, Santander, Spain (2018); the Distinguished Service Medal of IUSS (2018); and is fellow of the five professional societies. He was President of the World Association of Soil and Water Conservation (1987-1990), International Soil and Tillage Research Organization (1988-1991), Soil Science Society of America (2006-2008) and the International Union of Soil Sciences (2017-2018). He holds a Chair in Soil Science and is Goodwill Ambassador for Sustainability Issues for the Inter-American Institute for Cooperation on Agriculture (IICA), Costa Rica, and is a member of the 2021 United Nations Food Security Summit Science Committee. Dr. Lal has received the World Agriculture Prize (2018), World Soil Prize (2018), Japan Prize (2019), U.S. Awasthi IFFCO Prize of India (2019), Global Food Innovation Award of Canada (2020), World Food Prize (2020) and the Padma Shri Award (2021) of the Government of India.
Kurt Shultz, U.S. Grains Council 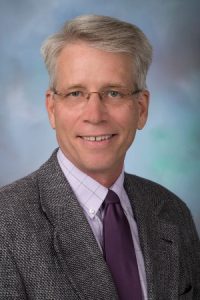 Kurt Shultz is the senior director of global strategies for the U.S. Grains Council. In this role, Shultz is responsible for the development of long-term planning in support of the Council’s domestic and international operations. He oversees strategic planning, program evaluation and special projects, among other assignments.

Shultz joined the Council in 1999 at the headquarters in Washington, D.C., as the manager of international operations for the offices based in Latin America, Africa and the Mediterranean and the Middle East. In 2003, Shultz assumed the position of regional director for the Council’s office in Africa and the Mediterranean, based in Tunis, Tunisia. Shultz later served as the regional director of the Americas, based in Panama, where he was responsible for carrying out market development and trade activities in the Western Hemisphere on behalf of the feed grains and export community. 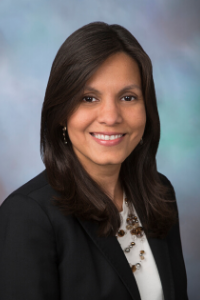 Prior to the Council, Danielson Castillo worked in trade execution with Cargill, focused on trade risk management as well as vessel and container logistics for cotton, grains and oilseeds. Danielson Castillo also gained experience as an international freight forwarder prior to entering trade execution. Before joining Cargill, she worked as a project manager for the Mayo Clinic and an associate director of admissions for St. Catherine University.

Danielson Castillo holds a bachelor’s degree in political science and a master’s degree in strategic management and organizational leadership, both from St. Catherine University. 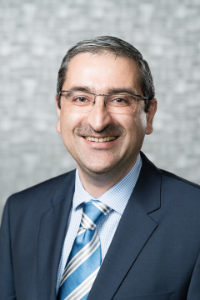 Ramy Taieb serves as the Middle East and Africa director of the U.S. Grains Council. In this capacity, Taieb directs regional market development activity throughout the region, based in the Tunis, Tunisia office.

Prior to the Council, served as the commodity purchasing manager for Poulina, Tunisia’s largest grain importer and poultry company, for the past 12 years, working with the company in total for more than two decades. In that position, he participated in numerous Council marketing programs and gained familiarity with Council operations as well as global grain markets. 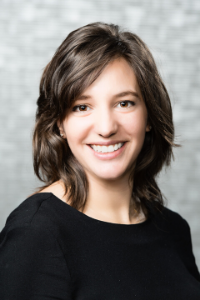 Marri Tejada currently serves as the regional director of the Western Hemisphere for the U.S. Grains Council. In this capacity, Marri strategizes and directs the organization’s programs for the region.

While Marri began working for the USGC in 2008, her enthusiasm for U.S. agriculture began long before, being the daughter of a fourth-generation grain and livestock farmer in Southwest Minnesota, USA. Following her college education, she began promoting the use of U.S. grains on state level at the Minnesota Corn Growers Association, and then on the global scale at the U.S. Grains Council.

While monitoring market happenings and breaking down barriers to U.S. grain trade in Latin America and Canada fuels her energy, Marri also enjoys running, having completed several half and full marathons, and traveling home to the United States to spend time with her large Midwest-farm family.

Melissa George Kessler serves as the director of strategic relations for the U.S. Grains Council, a non-profit organization that promotes the global use of U.S. barley, corn, sorghum and related products including ethanol and distiller’s dried grains with solubles (DDGS). In this capacity, she works to strengthen relationships with Council supporters and domestic and international partners through strategic communications and awareness of Council programs.

Kessler previously worked as the director of communications with USGC, responsible for designing and executing the organization’s internal and external communications efforts.

Prior to joining the Council, Kessler ran a consulting practice focused on strategic communications and organizational effectiveness. Kessler has also worked as the director of communications at the National Association of Wheat Growers and as a reporter and editor. 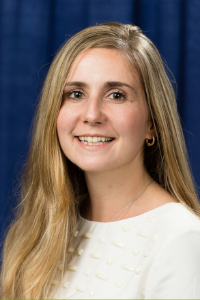 Heidi Bringenberg serves as the assistant director in Mexico for the U.S. Grains Council, a non-profit organization that promotes the use of U.S. barley, corn, sorghum and related products worldwide. In this capacity, Bringenberg works closely with the country director to plan, coordinate, and execute the Council’s programs in Mexico, including, but not limited to, marketing, trade servicing and government relations program.

Prior to the Council, Bringenberg interned for the cultural office of the Embassy of Spain as the cultural services intern. In this capacity, Bringenberg translated documents, planned Spanish cultural appreciation events in DC, and assisted in the embassy’s outreach strategy. 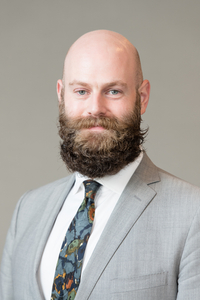 Brian D. Healy serves as the Director of Global Ethanol Market Development for the U.S. Grains Council, a non-profit organization that operates globally to promote the use of U.S. barley, corn, sorghum and related products including ethanol. In this capacity, Healy oversees development and execution of the Council’s global ethanol program including strategy development, program implementation, public affairs, and strategic partnerships.

Prior to the Council, Healy worked for the U.S. Department of Agriculture’s Foreign Agricultural Service (FAS) as an agricultural economist. In this position, he conducted global economic and trade policy analyses on strategic issues impacting U.S. and global agricultural trade. Healy also served as the president of a professional advisory committee at FAS, a role in which he set the strategic direction and lead a team of officers in creating and improving access to professional development activities and resources for 300 professionals. 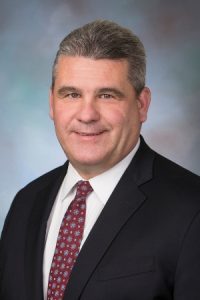 Cary Sifferath serves as the senior director of global programs for the U.S. Grains Council. In this capacity, Sifferath is responsible for oversight of the Council’s 10 international offices and all worldwide programs. Before joining the Council in 1993, Sifferath was a district sales manager for Kent Feeds, Inc., of Muscatine, Iowa. 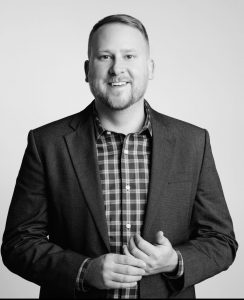 Jake Joraanstad is the co-founder and CEO of Bushel, an independently owned and operated software company headquartered in Fargo, North Dakota. Since launching in 2017, Bushel’s software has powered more than 2,000 grain facilities and reaches over 60,000 farmers across the U.S. and Canada with
real-time business information. Bushel is focused on bringing innovative software products and solutions to the agriculture value chain.

Deen Kaplan is a leading international trade and cybersecurity practitioner.