This year, the U.S. Grains Council’s (USGC’s) office in Seoul, South Korea, celebrated its anniversary, marking 50 years of market development and relationship enhancement between the country and the U.S. The office held an anniversary celebration in November, in which leaders of the Council and Korea’s feed, corn processing and ethanol industries, who have built partnerships over the past 50 years, gathered, recognizing the cooperation and mutual success of the past and pledging sustainable cooperation for mutual development in the future.

“Each and every day, we at the U.S. Grains Council look forward to our work together with you to build upon the relationship we created 50 years ago,” said USGC President and CEO Ryan LeGrand during the celebration. “And each and every year, we can point to just how strong our partnership continues to be. It has taken work on both our parts and we’ve each done that work together. We are proud to call you business partners, but we are prouder to call you global friends of U.S. grains and agriculture.”

After several years of groundwork in South Korea, the Council officially opened an office in Seoul on June 1, 1972, to address feed grains market development by supporting Korea’s livestock industry, in its infancy at the time. George Wood served as the office’s first country director. In its first year of operation, the office initiated 10 market development activities.

“The Council’s Korea office has worked closely with Korea’s livestock, feed and corn processing industries for the past 50 years and has grown into the fifth-largest U.S. corn market and the third-largest U.S. distiller’s dried grains with solubles (DDGS) market today through close partnerships with the Korea Feed Association (KFA) and Korea Corn Processing Industry Association (KCPIA),” said Haksoo Kim, USGC director in South Korea. “Recently, the Council has expanded its partnership with the biofuels and the industrial ethanol sectors, making a leap into the top three U.S. ethanol markets. Bringing together the two countries, the Korean office helps create a win-win partnership that leads to the sustainable growth of Korea’s feed, corn processing and bioethanol industry, based on the close partnerships.”

Take a look back at the Council’s presence in South Korea over the past 50 years in the following photo essay. 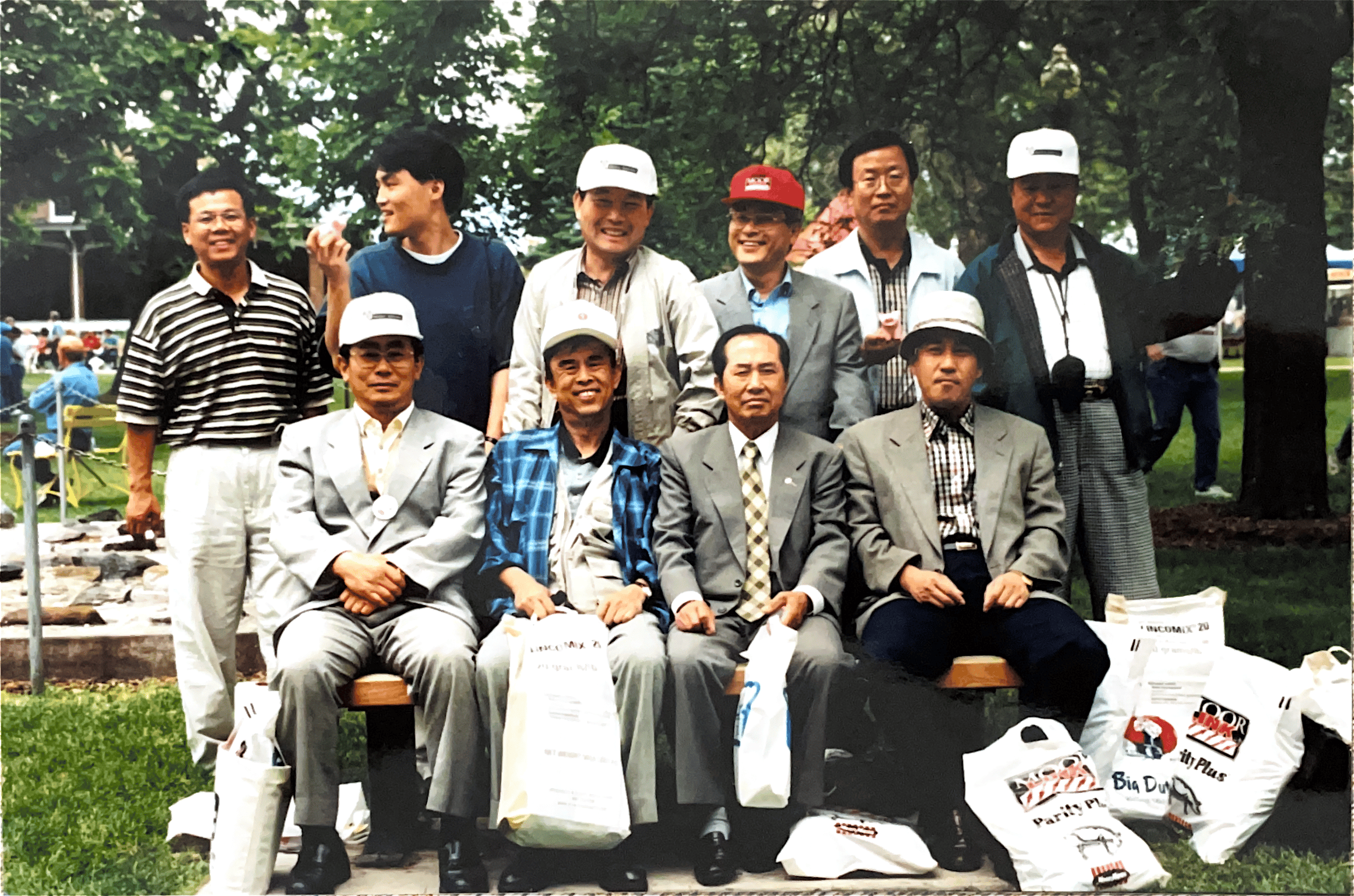 Pictured, a group of Korean pork producers visit the states in the 1990s. In the early years of the Council’s Korean office, the organization led consumer education programs on pork nutrition, even leading cooking demonstrations throughout the country. The program proved to be successful, modifying the traditional dietary preferences of Koreans to include pork. 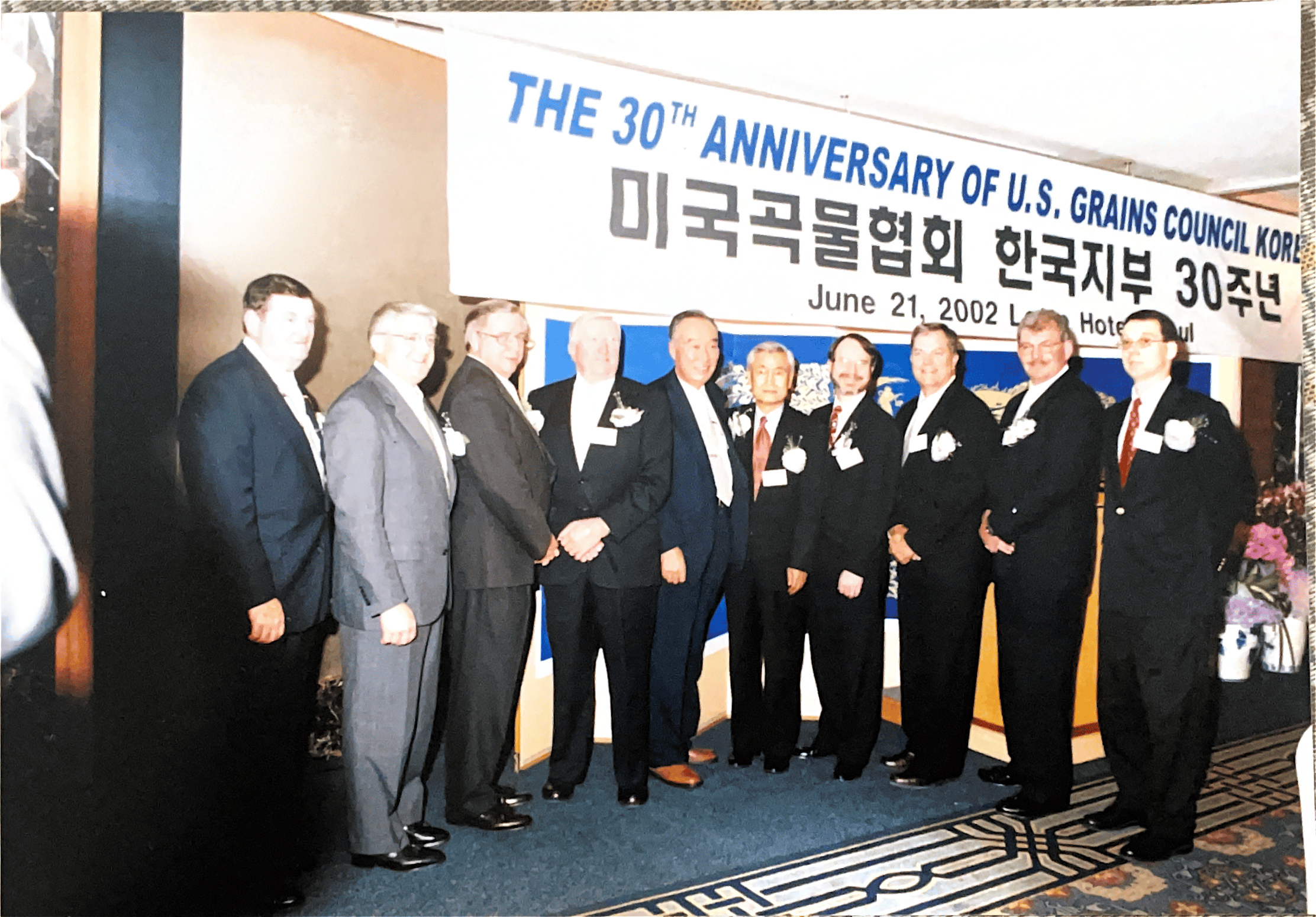 In 2002, the Council led an officers’ mission to Seoul in celebration of the office’s 30th anniversary. Much like the celebration this year, industry representatives came together with Council representatives to celebrate the successes of working together. Between 2002 and 2021, South Korea imported 4.6 times as much volume of U.S. grains in all forms, and 12 times as much in value. 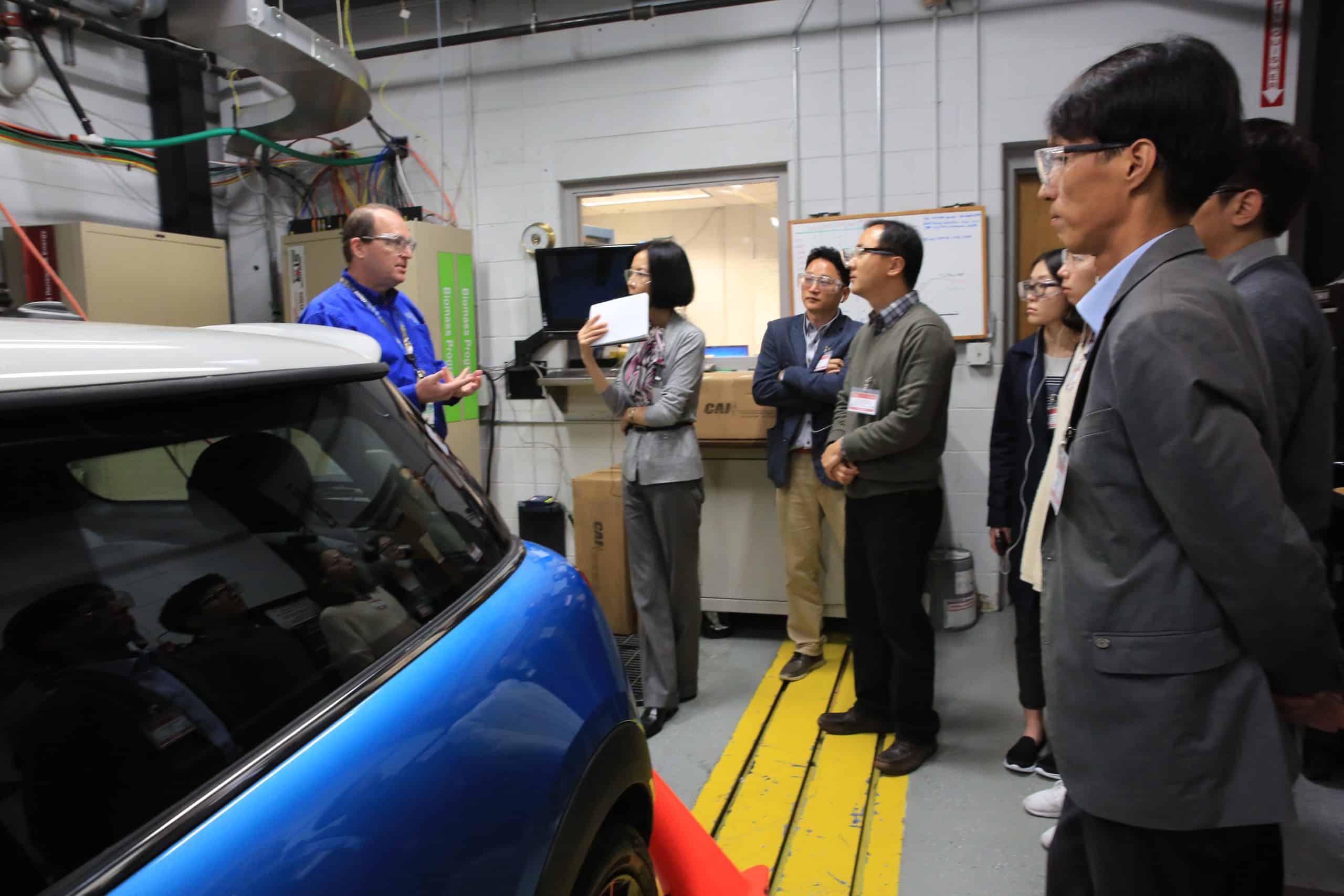 In recent years, U.S. ethanol has become an important commodity represented by the Council in South Korea. Pictured here in 2016, a Korean ethanol team visited the National Transportation Research Center in Oak Ridge, Tennessee, to learn more about ethanol’s role in the transportation sector. In the six years the Council has led ethanol promotion efforts in the country, South Korea has tripled its imports of U.S. ethanol. 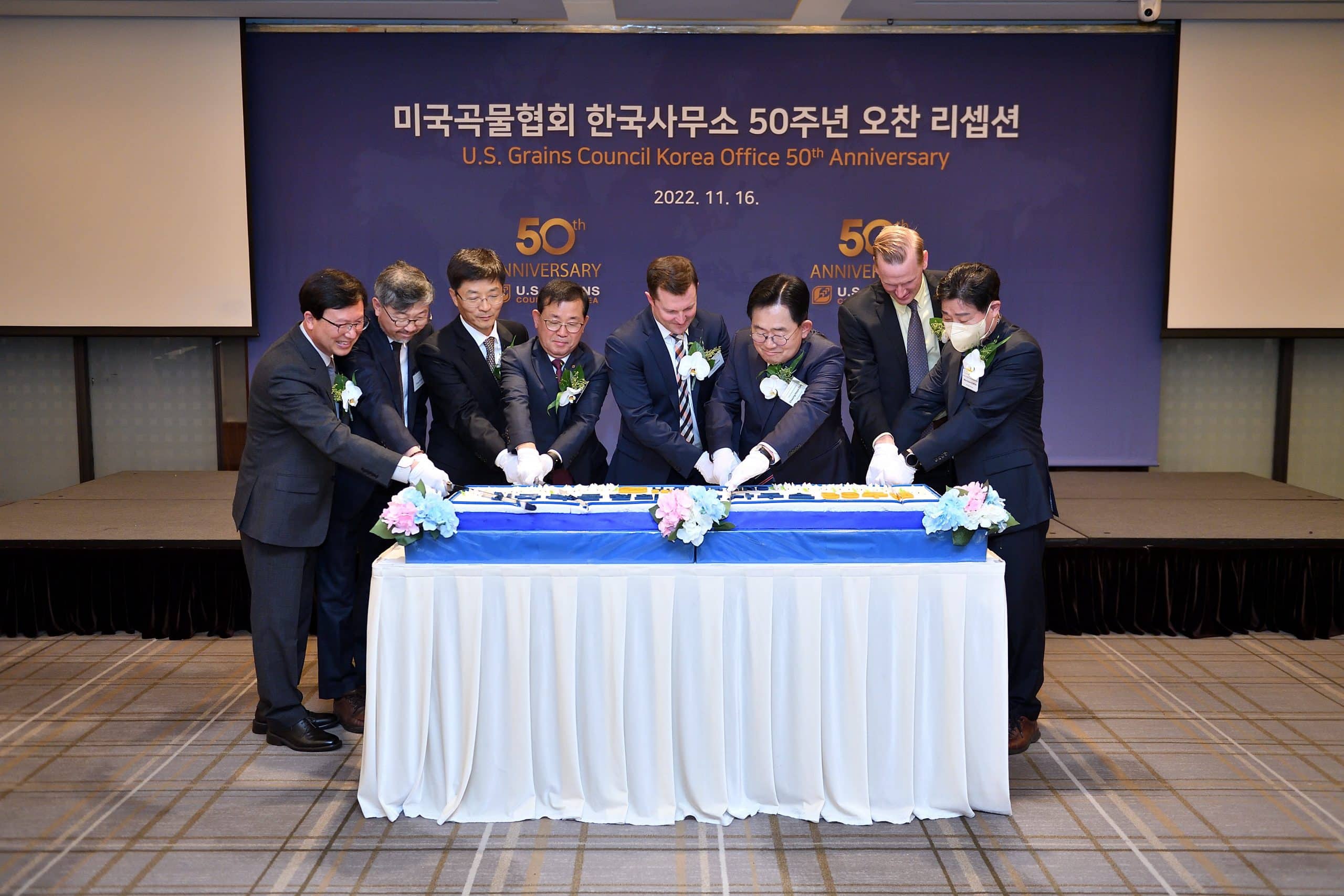 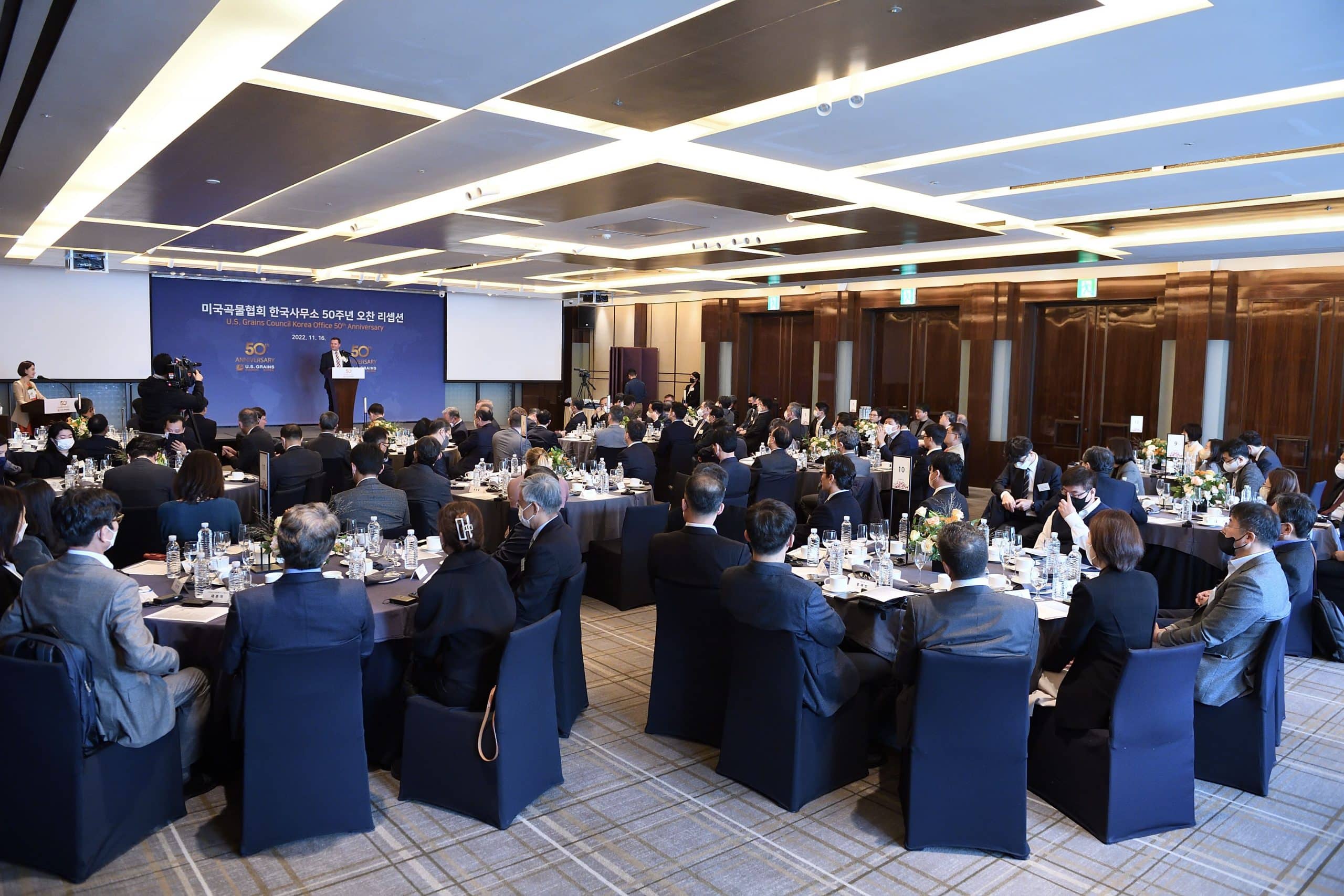 The Council looks forward to many more years of working together with its South Korean partners to find homes for U.S. grains and co-products.