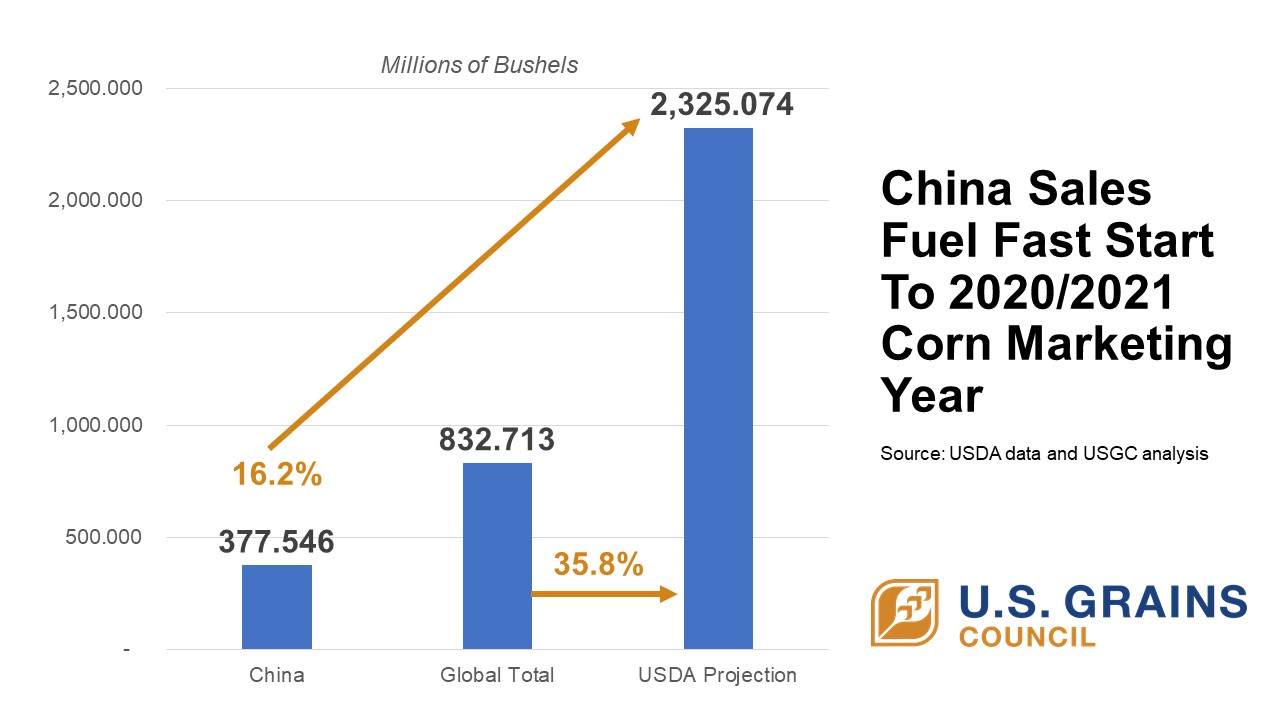 Most of these sales are known as “outstanding sales,” meaning corn contracted but not yet delivered. Total outstanding sales at any point in the marketing year have surpassed 20 million metric tons only a few times since data started being collected in 1990.

Since U.S. corn sales tend to pick up post-harvest, between January and March, having such a significant amount of outstanding sales already in place creates a solid foundation for the new crop year and indicates the potential for large corn sales overall in the coming 12 months.

Such large numbers, particularly from sales to China, are also having a positive impact on price, which is influenced by many supply and demand factors.