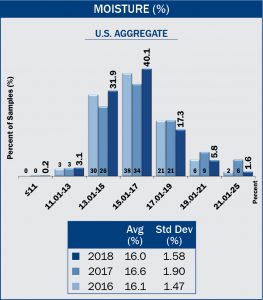 amount of drying required will also affect stress cracks, breakage and germination. Extremely wet grain may be a precursor to high mold damage later in storage or transport. While the weather during the growing season affects yield, grain composition and the development of the grain kernels, grain harvest moisture is influenced largely by crop maturation, the timing of harvest and harvest weather conditions. General moisture storage guidelines suggest that 14.0% is the maximum moisture content for storage up to six to 12 months for quality, clean corn in aerated storage under typical U.S. Corn Belt conditions, and 13.0% or lower moisture content is recommended for storage of more than one year. 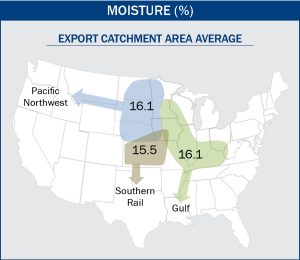 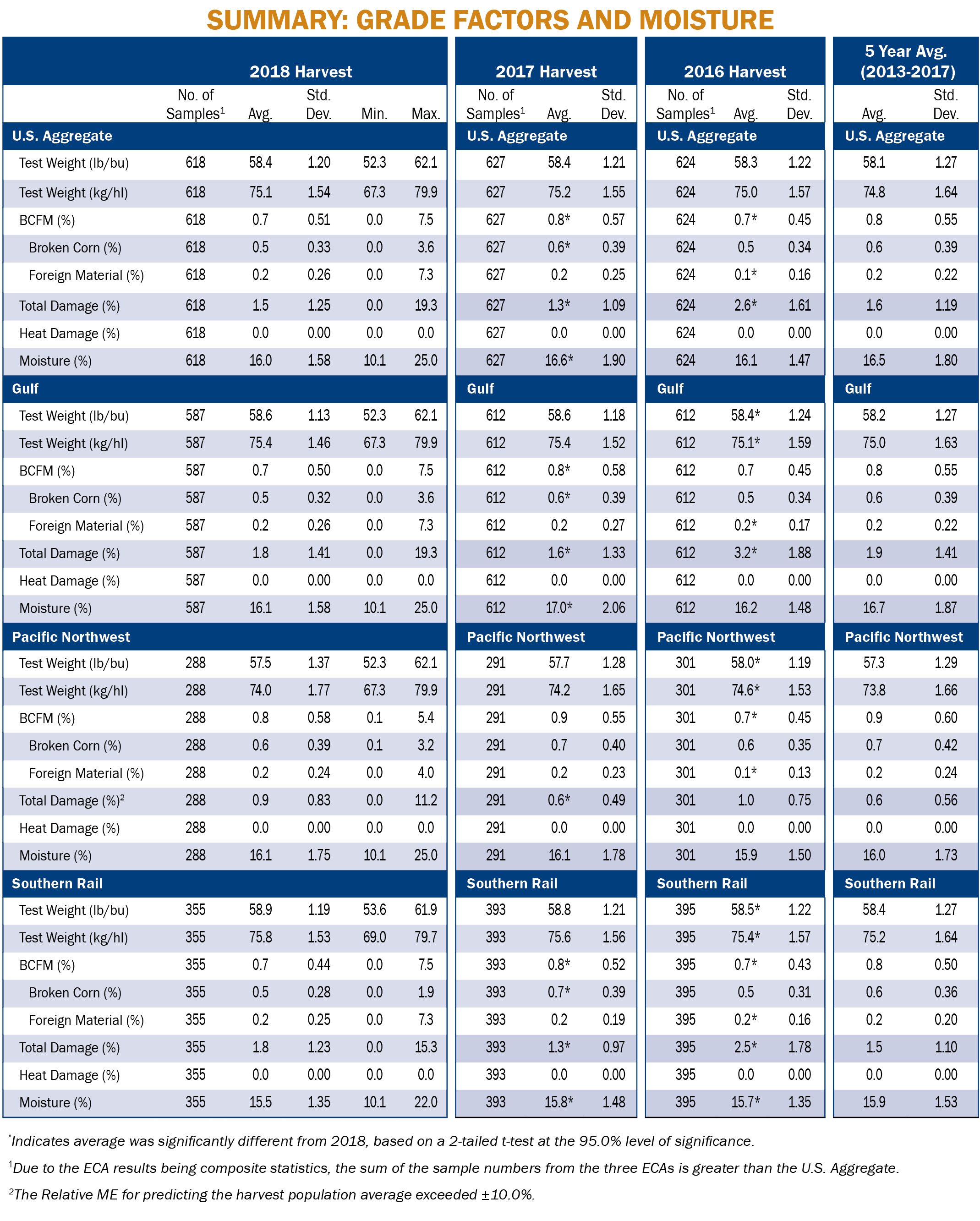