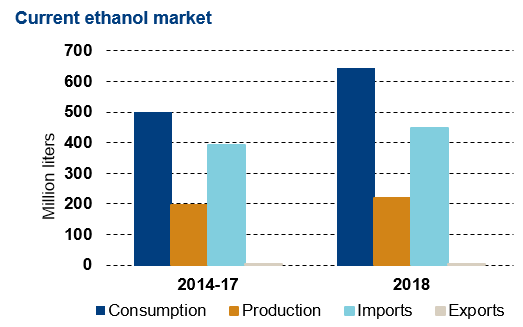 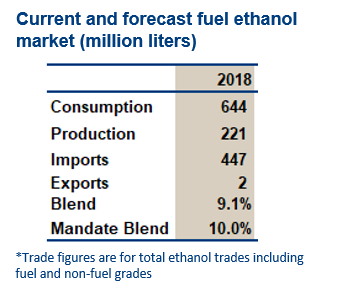 The Philippines has ratified the 2016 Paris Agreement on Climate Change and pledges to undertake GHG (CO2) emissions reduction of about 70% by 2030 relative to its business as usual scenario of 2000-2030. Reduction of CO2 emissions will come from energy, transport, waste, forestry and industry sectors.

The Biofuels Act or Republic Act (RA) 9367 was signed in January 2007. The Act set the ethanol mandate at a 5% blend in gasoline by February 2009, rising to 10% in 2011. The Act gives priority to domestic ethanol over imports but in practice the bulk of the mandate has been met with imports due to inadequate local supply.

In June 2015, the Department of Energy temporarily waived the blending mandate as a result of declining oil prices which made ethanol expensive relative to gasoline. As a result, the 10% mandate was not achieved in either 2015 or 2016. The Sugar Regulatory Authority sets the price of ethanol based on the price of molasses.

The government’s goal is to raise the ethanol mandate to 20% by 2020 and to 85% by 2025. Both goals will require increased domestic production and increased imports. 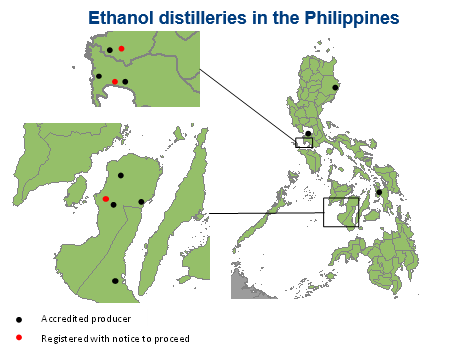