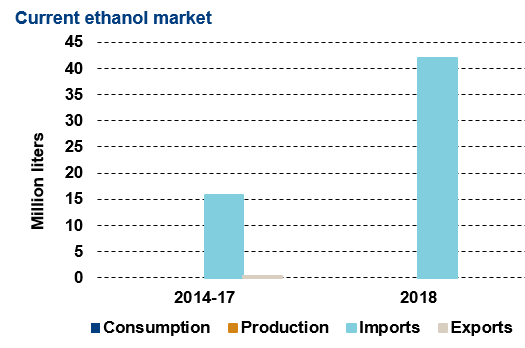 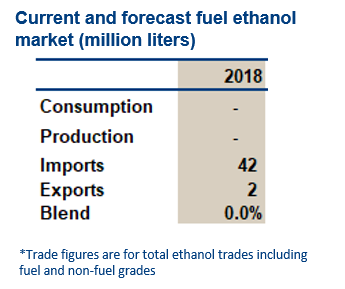 This consists of 35% on an unconditional basis and a further 10% which is contingent on the receipt of climate finance, technology transfer and capacity building from developed countries.

The National Biofuel Policy 2006 laid the groundwork for the development and use of biofuels. The National Biofuel Industry Act 2007 was put in place to regulate the biofuel industry and to promote the mandatory use of the B5 domestic blend of 5% palm biodiesel and 95% fossil fuel diesel. At the end of 2014, Malaysia introduced the bio-diesel B7 Programme. Ethanol is not mentioned in the Biofuel Industry Act.