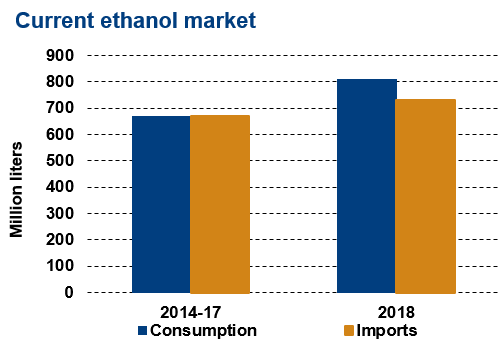 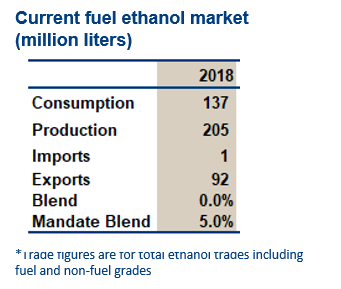 Biofuels are part of a larger renewable energy policy – the country is targeting 22-24% of its energy to come from renewable sources by 2030. Under the Paris Agreement, Japan has committed to reduce its Greenhouse Gas (GHG) emissions by 26% compared to 2013 levels by 2030. The biofuel program is part of Japan’s policy to mitigate climate change as well as help to ensure a stable energy supply.

In March 2017, the Ministry of Economy, Trade and Industry (METI) outlined its plan for biofuel policy from 2018-2022. The plan is to retain the current target of 500 million liters of crude oil equivalent. However, METI is considering allowing the use of U.S. corn ethanol in addition to Brazilian sugarcane ethanol. In addition, there is a plan to introduce 10 million liters (crude oil equivalent) of advanced biofuels and possibly bio-jet fuel. The new policy is expected to be implemented from April 2018, following a public consultation.

Consumption of ethanol will remain in the form of bio-ETBE as Japan has capped the maximum blend of ethanol in gasoline at 3%, except for a small number of vehicles designed specifically to run on E10. This is due to concerns over engine damage at higher blends.